Tony Finau hits the front in the race for the FedEx Cup ahead of this week's 70-man BMW Championship at Caves Valley GC. 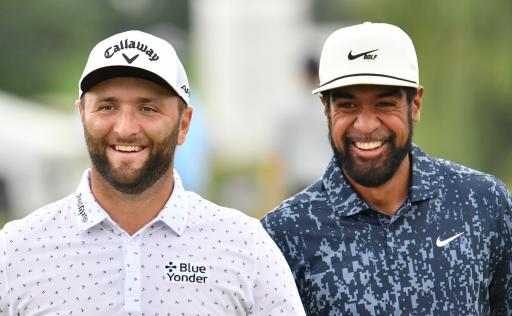 Tony Finau vaulted to the top of the FedEx Cup standings after landing his second career PGA Tour title more than five years after his first with playoff victory over Cameron Smith at the Northern Trust on Monday.

Finau now leads the race for the PGA Tour's most lucrative trophy and huge pot of gold with 3,348 points, which is more than 500 points ahead of World No.1 Jon Rahm, who stumbled badly on the closing holes to finish two shots back in third at Liberty National.

Smith takes consolation from his runner-up finish by moving into third in the FedEx Cup standings, with Patrick Cantlay and Justin Thomas rounding out the top five - the latter whom is going for his second FedEx Cup having won it in 2017.

At the other end of the standings, US PGA champion Phil Mickelson made it on the number in 70th place, squeezing in just 19 points ahead of Matthew Wolff, who recently opened up about his mental health struggles on the circuit.

English trio Tyrrell Hatton, Matt Fitzparick and Ian Poulter all narrowly missed out on making the grade, but they will now all be setting their sights on strong performances in the European Tour's flagship event of the season at the BMW PGA Championship at Wentworth in two weeks time as they look to play their way into the European Ryder Cup team at the end of September.