Phil Mickelson may have missed the cut at the Northern Trust but he has scraped into the 70-man field for the BMW Championship. 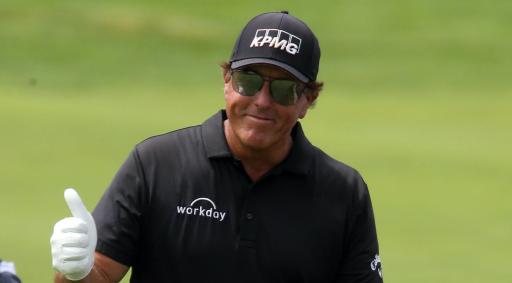 Phil Mickelson was the envy of many golfers on Monday afternoon after it was confirmed that the six-time major champion finished 70th in the FedEx Cup standings after the Northern Trust.

Lefty shot rounds of 73 and 72 at Liberty National to miss the cut, which was the ninth cut he has missed this season, but he has accumulated enough points over the season to carry him through to the BMW Championship.

His win at the PGA Championship at Kiawah Island in May is largely responsible for his progress into the next stage of the FedEx Cup Playoffs. Mickelson made history by becoming golf's oldest major winner at the age of 50.

Unfortunately, it was Matthew Wolff who finished in 71st place after the Northern Trust. The 22-year-old has suffered from mental health issues this season and like Mickelson, he missed the cut at Liberty National.

Only the top 70 advanced to the @BMWChamps.

The English duo of Matthew Fitzpatrick and Tyrrell Hatton also did not make the weekend in New Jersey, which meant that they finished in 73rd and 74th place in the standings.

Alternatively, Tony Finau earned 2000 points by winning his second PGA Tour event at the Northern Trust and in doing so, he has burst into the lead in the FedEx Cup standings ahead of Jon Rahm and Cameron Smith.

The pressure will be on this week at the BMW Championship, as only 30 players will make it through to the season finale at the Tour Championship.