Rory McIlroy plummets to his WORST world ranking since 2009 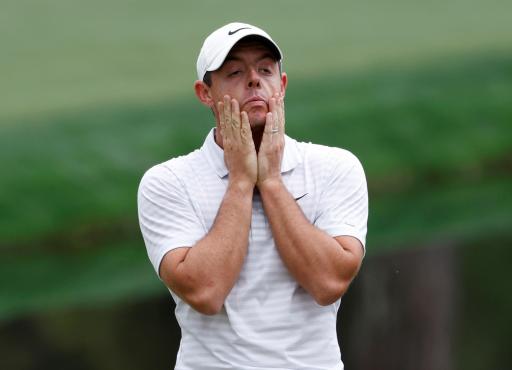 Rory McIlroy has fallen to 15th in the Official World Golf Rankings, marking his worst position in the rank since November 2009.

McIlroy, 32, has not played on the PGA Tour since missing the cut at The Masters four weeks ago but he returns to the circuit this week at one of his happiest hunting grounds, Quail Hollow, for the Wells Fargo Championship.

The Northern Irishman has won this tournament on two occasions, including his very first PGA Tour title when closing with a stunning 62 at the 2010 Quail Hollow Championship.

McIlroy then landed his second victory in the tournament at the 2015 Wells Fargo Championship.

The former World No.1, however, is searching for his best golf of late and he will no doubt hope his recent break from the game has helped to recharge the batteries ahead of a huge summer of golf.

McIlroy is now winless anywhere around the world since capturing the WGC-HSBC Champions in November 2019 - an unthinkable stat for someone with four majors and 18 titles to his name on the PGA Tour.

The two-time FedEx Cup champion has endured something of a rollercoaster 2021 campaign thus far with three missed cuts thrown in amongst three top-10 finishes.

McIlroy came closest to seeing out a victory this year when finishing third behind Tyrrell Hatton at the Abu Dhabi HSBC Championship.

Justin Thomas and Jon Rahm headline the betting at 11/1 for this week's PGA Tour event, narrowly ahead of Bryson DeChambeau at 14/1.

McIlroy could represent some value for punters at 20/1 this week should he bring his A-game to a venue he simply adores.