Check out our three betting selections for this week's Wells Fargo Championship on the PGA Tour. 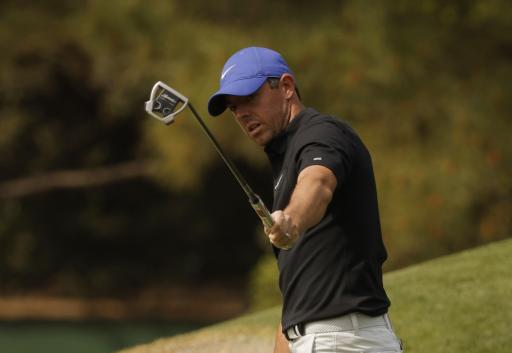 The Wells Fargo Championship returns to the PGA Tour schedule this week, after it was cancelled in 2020 due to the coronavirus outbreak and we have three betting selections to share with you.

This tournament is typically a tricky one to predict and although it usually features a stellar field, there have been a lot of surprises over the years.

Played at the challenging Quail Hollow Golf Course in North Carolina, putting has proved to be a key statistic when looking at the winners of the Wells Fargo Championship.

Max Homa produced a fantastic display on the greens in 2019 and he will be a popular choice in betting to successfully defend his title, given his form over the past year that also saw him win the Genesis Invitational back in February.

I know what you're thinking. Rory McIlroy has slipped to his worst world ranking since 2009 and has been seriously struggling to find any sort of consistency. But if there was a place for him to find that victory he has been looking for, it's here.

McIlroy hasn't finished outside the top 16 at Quail Hollow since 2012 and after taking a month off since he missed the cut at The Masters, the Northern Irishman will be feeling fresh and focused as he makes his return to the PGA Tour.

With Pete Cowen now on his team, it won't be too long before McIlroy is back to his best and it's not often you get to back a man of his talent at such a big price.

Brian Harman was a surprise winner when he won this event back in 2017, beating Dustin Johnson by a shot and he performed fairly well during his title defence a year later, finishing in T24.

In his last four starts, Harman has finished no worse than T13 and is arguably one of the most consistent players in the field at the moment.

His odds of 50/1 make him a seriously attractive option this week and is worth backing each way.

Joel Dahmen has missed a lot of cuts this season, but he also bagged his first PGA Tour title at the Corales Puntacana Resort & Club Championship.

He's certainly not an in-form player right now, but a horses for courses pick after he finished as the solo runner-up to Max Homa here in 2019.

NEXT PAGE: Cameron Tringale sets the PGA Tour record that no player really wants to have