Tringale's T3 finish at the Valspar Championship helped earn him a spot in the record books. 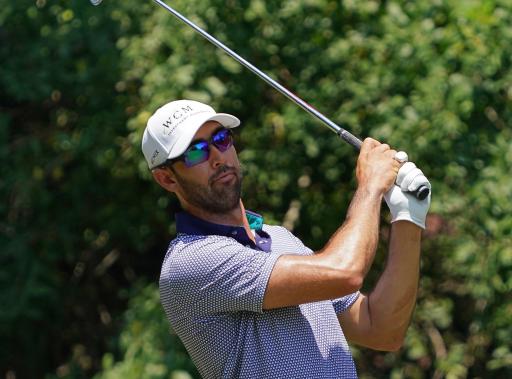 In the modern era of golf, PGA Tour players can earn a seriously good living without really doing too much in terms of victories and although the money is one of the most attractive factors of their profession, if you asked the majority of those competing week in week out what is more important to them, money or wins, most of them will say the latter.

Being able to say you have won a PGA Tour event is what the professionals dream about when they are young and grinding away to try and get onto the PGA Tour, hence why we see such emotion from players when they get that maiden victory.

That being said, I'm sure those who are earnings millions and haven't won a tournament yet certainly aren't crying themselves to sleep and Cameron Tringale most definitely fits that mould.

Tringale pieced together four excellent rounds during last week's Valspar Championship and finished in a tie for 3rd alongside rising star Viktor Hovland and the American took home $407,100 for his efforts.

With that pay cheque, Tringale moved up to 146th in the PGA Tour all-time career money list, with total earnings of $13,743,938, moving ahead of No.149 Brian Davis to become the player with the most career earnings without a win in PGA Tour history.

The 33-year-old has made his money across 299 starts on the PGA Tour and although he has three runner-up finishes, he is yet to win an official tournament.

I say official, because if you look up Tringale on Wikipedia, you'll find that he did win the QBE Shoothout in 2014 when he teamed up with Jason Day, but unfortunately it doesn't count, as it's an unofficial money event.

Tringale still has plenty of time to find his maiden win and the World No.65 will be determined to have his name detached from this unwanted record, but I'm sure all those millions will make dealing with it that little bit easier.

NEXT PAGE: How much all the PGA Tour players won at the Valspar Championship