The four-time major winner said he was first contacted by the PGL back in 2014, but he remains against the idea and believes there is no better structure in golf than the PGA Tour. 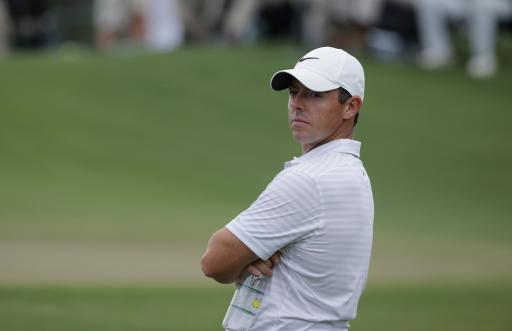 With the Premier Golf League once again in the spotlight, Rory McIlroy has backed the PGA Tour by confirming he is still "very much against" the proposed breakaway tour.

McIlroy was one of the leading figures in keeping the PGL at bay last year when he pledged his allegiance to the PGA Tour and he has once again made his feelings clear.

The Premier Golf League had gone fairly quiet but the Saudi-backed tour was back in the headlines this week when The Telegraph broke the news that four of golf's biggest names had been offered $30 million to join them.

Although McIlroy was not one of the four names, he would likely be a target for the PGL further down the line if they had agreements in place with other top targets, having first contacted him about the idea many years ago.

"They first contacted me back in 2014 so this is seven years down the line and nothing has really changed," McIlroy said to the media ahead of this week's Wells Fargo Championship. "Maybe the source of the money has changed or the people that are in charge have changed but nothing has happened no sponsorship deals, no media deals, no players have signed up, no manufacturers have signed up. It's been so many itterations at this point."

McIlroy compared the PGL to the European Super League, which caused thousands of football fans to protest together, after the rich and greedy attempted to turn elite level football into nothing but a business.

The former World No.1 went on to say he has no problem with golfers who play solely for money, but McIlroy made it clear that he plays golf to win prestigious tournaments.

"You know you go back to what happened last week in Europe with the European Super League in football, people can see it for what it is which is a money grab," he added. "Which is fine, if that's what you're playing golf for, to make as much money as possible, totally fine and go and do that if that's what makes you happy.

"But I think the top players in the game - speaking from my own personal beliefs - I'm playing to try to cement my place in history and my legacy, to win major championships and win the biggest tournaments in the world.

"Golf has been very good to me over the years, starting off in Europe and coming over here to play on the PGA Tour and I honestly don't think there's a beter structure in place in golf and I don't think there will be.

"This strategic partnership as well between the European and the PGA Tour is only going to strengthen the structure of golf going forward as well in terms of scheduling and working together a little bit more."

McIlroy ended his PGL discussion by making his feelings towards the idea very clear: "I think you all know my feelings on it. I'm very much against it. I don't see why anyone would be for it."

NEXT PAGE: How to watch the Wells Fargo Championship: A TV Guide for UK and US golf fans