It was another frustrating opening round at a PGA Tour event for the Northern Irishman, who shot 3-over-par on Thursday at Kiawah Island. 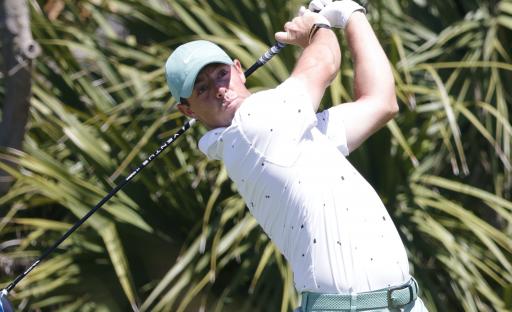 Rory McIlroy's poor record in the opening round of major championships continued on the first day of the PGA Championship at Kiawah Island.

The Northern Irishman struggled to a 3-over-par 75 on Thursday at the Ocean Course, which puts him eight shots off the pace which was set by Canadian Corey Conners.

McIlroy began his round on the par-4 10th hole, but he hit his first drive into the water on the righthand side. He bogeyed his first hole but recovered with consecutive birdies on the next two holes.

RELATED: RORY MCILROY DRIVES INTO WATER WITH FIRST SHOT AT US PGA CHAMPIONSHIP

The World No. 7 played his front nine in level-par, but four bogeys on the back nine meant that he finished on 3-over-par for the tournament and well down the leaderboard.

The 32-year-old, who won the Wells Fargo Championship two weeks ago, has now played the opening round of majors in 35-over-par since 2015 and he has played the first hole of his last nine major events in 8-over-par.

Much like his win at Quail Hollow earlier this month, McIlroy will need to recover from an over-par score in the first round if he is to win his third PGA Championship.

Conners only made one bogey on the treacherous Ocean Course to shoot an opening round of 5-under-par. The World No. 39 made six birdies to lead the tournament and continue his good form on the PGA Tour.

The 29-year-old finished two shots ahead of Brooks Koepka who, despite still dealing with injury worries, carded a solid score of 3-under-par on Thursday in South Carolina.

The former World No. 1 made a double-bogey on his first hole of the week on the par-4 10th hole, but he battled back with six birdies to post a 69 and remain in the hunt for his third PGA Championship title.

NEXT PAGE: SEBASTIÁN MUÑOZ HITS DRIVE INTO A RUBBISH BIN AT THE PGA CHAMPIONSHIP