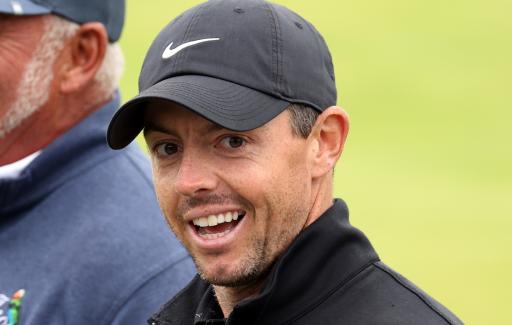 Rory McIlroy has told the media he wants to play with more freedom and have more fun out on the PGA Tour, just as he did at the Olympic Games in Tokyo last week.

McIlroy, who was speaking to the press ahead of this week's WGC-FedEx St Jude Invitational in Memphis, lost out in a playoff for the bronze medal on Sunday but the result did at least mark his best performance since the US Open in June when tying for seventh.

The former World No.1 now wants to take his fresh attitude and perspective on his game into this week's WGC event in Memphis, a tournament he last won back in 2014.

"Last week was certainly unexpected, I would say," said McIlroy, who finds himself 12th in the world rankings.

"I certainly didn't expect to feel the way I did when I was there, but it was great. It was a great experience. I had a wonderful time. I had a good chance of getting a medal there at the end and didn't quite pan out, but it was a great week. I'm already looking forward to Paris.

"I think the Olympics was a big week for me last week because I played with more freedom there and that obviously panned out well. I played my best tournament I've played since the US Open, which was good.

"So, I think that's really the the focus for me over these next few weeks, is play with as much freedom as possible. That's really it. I know if I do that, then I'll be able to play some of my best golf or at least give myself the chance to play my best golf. More freedom, less thought, more fun, try to have a little more fun with it and then go from there."

NEXT PAGE: BRYSON SAYS HE DOES NOT NEED THE COVID VACCINE

Rory McIlroy
PGA tour
Olympics
nike golf
American golf
Previous
BIG SAVINGS on Callaway Mavrik Drivers for both men and women
Next
Golfer hits GREATEST DRIVE of his life then CHUNKS the next shot into the ditch!