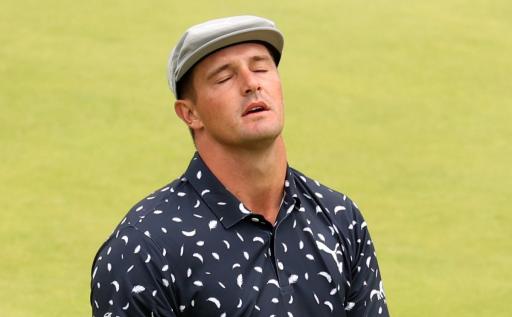 Bryson DeChambeau has told the media that he does not regret his decision not to get vaccinated for coronavirus.

DeChambeau, who was forced to withdraw from last week's Olympic Golf Tournament due to a positive Covid test, was speaking to the press ahead of his return to action at this week's WGC-FedEx St Jude Invitational.

"The vaccine doesn't necessarily prevent it from happening," DeChambeau told reporters on site at TPC Southwind on Wednesday afternoon.

"I'm young enough, I'd rather give it [the vaccine] to people who need it. I don't need it. I'm a healthy, young individual that will continue to work on my health.

"I don't think taking the vaccine away from someone who needs it is a good thing. My dad is a perfect example. He got it [the vaccine] early on because he's a diabetic. People like that need to get it. My mom got it. I don't want to take away that ability."

DeChambeau then also spoke about his positive test that ruled him out of a first appearance at the Olympics.

The big-hitting American tested positive on July 23, and then explained how a second test was taken to rule out a false positive.

"They didn't think it was a false positive, they just wanted to be sure," said DeChambeau.

"I didn't feel anything for two days. All of a sudden, started to feel tired. Started getting fully better two or three days ago. For the most part, it's funny, you stay at home and you quarantine for so long, you just feel tired. You're not doing anything."

NEXT PAGE: MICKELSON SWITCHES TO AN ARMLOCK PUTTER