Rory McIlroy lands his 20th PGA Tour title - but who is his wife Erica Stoll and how did they meet at the Ryder Cup? 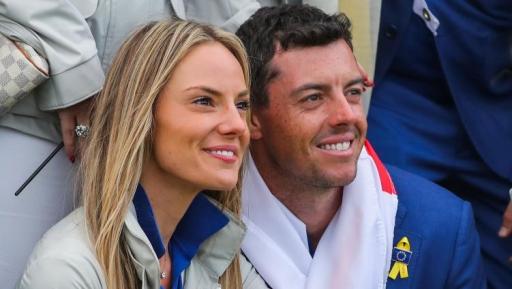 Rory McIlroy clinched a landmark 20th PGA Tour title with a one-shot victory at The CJ Cup in Las Vegas on Sunday evening.

McIlroy has been married to his wife Erica Stoll for four years and they have a daughter named Poppy, who was born in September 2020.

Erica, originally from New York, first met Rory when she was working at the PGA of America.

In fact, Erica was the lady responsible for picking up Rory when he overslept for his tee time at the 2012 Ryder Cup at Medinah.

At the time, however, McIlroy was dating tennis ace Caroline Wozniacki and they were due to get married.

But in 2014, the Northern Irishman decided to call things off with the Dane, as a result of his personal life affecting his game.

"I thought at the time that being with someone that was in a similar position to you was the obvious answer," McIlroy told the Irish Independent back in 2017.

"But it isn't, because you can never get away from it. You can never detach yourself and try to come back to the real world."

McIlroy then got back in touch with Stoll, and he then proposed to her a year later at the end of 2015.

The couple had their wedding at the stunning five-star Ashford Castle in Cong, Co. Mayo, in April 2017.

Ed Sheeran performed at their wedding.