The big cat usually likes to stay fairly quiet on social media but his latest comments have made the golf world excited. 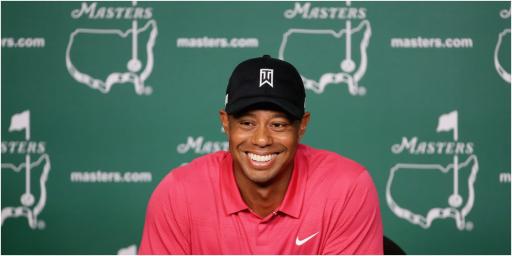 Tiger Woods has taken to social media to confirm the incredible line-up for the Hero World Challenge in the Bahamas.

Out of the world's top 20, 15 are set to peg it up in the event in December after last year's event was cancelled because of the travel restrictions.

Collin Morikawa will make his debut in the event and is the highest ranked player in the amazing field followed by Patrick Cantlay and Xander Schauffele.

Unfortunately the two best players in the world - Jon Rahm and Dustin Johnson - are not listed and of course Woods remains out of action.

Sweden's Henrik Stenson won the Hero in 2019 and will play through an exemption, while the field is rounded out with some equally stellar names,

"So excited to welcome these incredible players to the Hero World Challenge," Woods posted on his social feeds.

So excited to welcome these incredible players to the Hero World Challenge. With 15 of the top 20 in the field, I know it’s going to be a great week. https://t.co/3kBLmoMqKA

Woods is out of action after he was involved in a single vehicle car crash in February when he rolled over his luxury SUV whilst allegedly speeding.

The tournament is part of the PGA Tour schedule, but does not give out any FedEx Cup points or official money. There is also no cut.

Woods has remained tight-lipped about his rehabilitation, but privately sources are claiming he is focused on making another comeback at all costs.

He was most recently pictured walking around gingerly watching his son play junior golf in Florida near their Jupiter home.

There has been no official announcement as to whether Woods will be in attendance at the Hero with the tournament scheduled from the 2-5 December.

.@TigerWoods' win at the @playofffinale three years ago is unforgettable. pic.twitter.com/qZE9rs3bSE

The full field is as follows:

Unsurprisingly, fans reacted positively and offered their thoughts and begged Woods to make it in person.

Can’t wait for your comeback, Tiger. It’s going to be epic. pic.twitter.com/7HbgrqX89w

We hope to see you there! #getwell

Great to see you back around the game Tiger,, hope to see you swing that driver very soon, the game is poor without you

RELATED: RICKIE FOWLER REFLECTS ON A RETURN TO FORM

RELATED: TEENAGER SAVES HER DAD'S LIFE ON THE GOLF COURSE