Rory McIlroy's iron change pays off at Quail Hollow: What's in the bag?

Rory McIlroy reverted back to his old irons for the Wells Fargo Championship, so take a look at his full bag as he claimed a 19th PGA Tour victory. 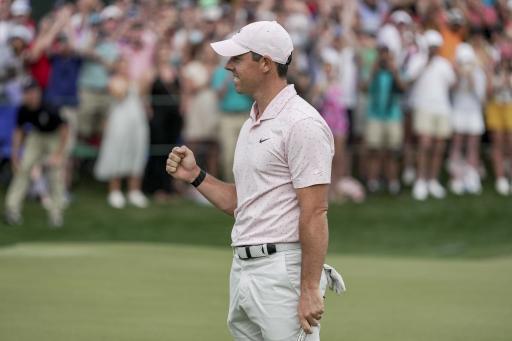 When Rory McIlroy's old irons were spotted in his bag ahead of the Wells Fargo Championship, it certainly raised a few eyebrows, but the change definitely paid off as he claimed his 19th PGA Tour victory on Sunday.

The Northern Irishman overcame a tricky opening round that saw him finish 1-over par and he bounced back on Friday with a 5-under par round to get him back in contention.

A 3-under par third round was enough to have McIlroy head out in the final pairing on Sunday, alongside Keith Mitchell, who would eventually finish in a tie for third place.

McIlroy went on to claim a one shot victory and his third Wells Fargo Championship title, a tournament that means a lot to the 32-year-old, after he claimed his first PGA Tour title at Quail Hollow in 2010 and it now being the first tournament where he has a hat-trick of victories.

Prior to last week's event, McIlroy had been using a mixed iron set consisting of the TaylorMade P760's and P730's, but it was his old TaylorMade Rors Proto irons that he went with in North Carolina.

McIlroy also recently added the new TaylorMade Spider X Hydro Blast putter to his bag and last week was one of his best putting performances in a long time, sinking all 51 putts from inside six feet throughout the tournament.

Take a look at McIlroy's full winning bag below: