Werenski hit the flag with his drive at the 304-yard par-4 14th during the final round of the Wells Fargo Championship. 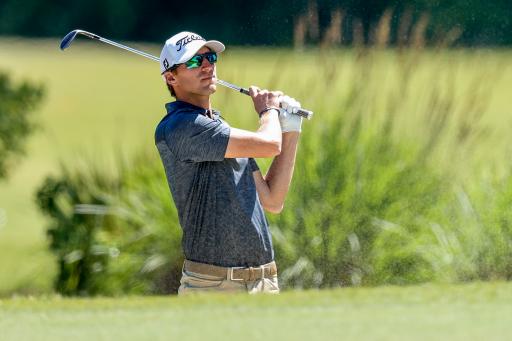 While all the attention was on Rory McIlroy as he ended his year-and-a-half winless drought on the PGA Tour on Sunday, another player came agonisingly close to putting his name in the record books during the final round.

The 304-yard par-4 14th hole is an attractive one from the tee and the majority of the field went for the green throughout the tournament and that's exactly what Richy Werenski had in mind when he stepped up on Sunday.

What he probably didn't expect was to almost become just the second player in PGA Tour history to make a hole in one on a par-4.

Werenski hit a cracking drive drawing from right to left ever so slightly, taking a perfect bounce just before the green, rolling towards the hole and then hitting the flag.

WATCH WERENSKI'S TEE SHOT IN THE CLIP BELOW:

Unfortunately for the American, there was just a little too much heat for the ball to find the bottom of the cup and it ended up rolling past the hole to leave an 18-foot putt for eagle.

Werenski missed the putt and had to settle for a birdie, but he found trouble towards the end of his round dropping four shots in his final three holes to shoot a 4-over par round of 75 to finish in a tie for 37th place.

With Werenski's drive rebounding off the pin from the tee, it leaves Andrew Magee as the only player to have made a par-4 ace, after his drive at the 332-yard 17th at TPC Scottsdale in 2001 found the green and bounced off of Tom Byrum's putter before finishing in the hole.

NEXT PAGE: How much Rory McIlroy and the rest won at the Wells Fargo Championship