Rory McIlroy switches from a TaylorMade to Scotty Cameron putter, but his putting struggles continue in Memphis. 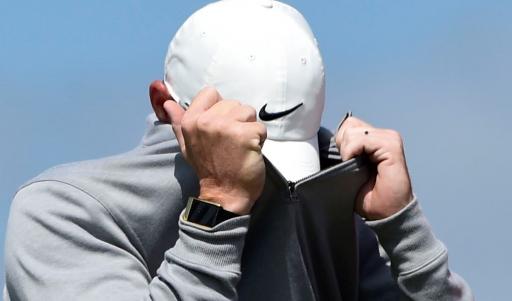 Rory McIlroy may have recently switched from a TaylorMade to a Scotty Cameron putter, but it mattered little as the Northern Irishman once again struggled on the greens in round one of the WGC-FedEx St Jude Invitational.

McIlroy bagged a Scotty Cameron 009 blade putter in favour of his TaylorMade Spider X Hydro Blast at the Olympics last week and he has stuck with it at TPC Southwind for this week.

But after ranking 64th out of 66 players in the Strokes-Gained Putting statistic for round one (-2.491), and it's fair to say McIlroy might not be sticking with it for much longer.

McIlroy started brightly with a birdie on his first hole of the day at the par-4 10th when converting from 12 feet, but would miss golden birdie chances at the 12th, 15th and 16th to keep pace with the leaders.

He would then bogey the par-4 18th to go out in level-par, and then returned for home by missing further good opportunities for birdie at the 1st, 2nd and 4th holes.

No doubt frustrated with his performance on the greens, McIlroy then drove into a bunker on the 6th and it would lead to disastrous double-bogey six to send him to 2-over par for the tournament.

McIlroy then made another bogey at the par-3 8th when missing from inside of four feet for par, but to his credit made birdie on his final hole at the par-4 9th when holing out from six feet to card a round of 2-over 72.

Harris English leads the way following a superb round of 8-under 62, meaning McIlroy is now 10 shots off the pace after 18 holes.

The former World No.1 won this tournament back in 2014 when it was staged at Firestone and known as the WGC-Bridgestone Invitational.

McIlroy, now 12th in the world rankings, ended an 18-month winless spell when landing the Wells Fargo Championship in May but he has only managed to pick up two top-10 finishes in his last seven starts around the world.

WATCH: BRYSON DECHAMBEAU ONCE AGAIN FAILS TO SHOUT 'FORE' AS HE HITS A WILD TEE SHOT AT THE WGC-FEDEX ST JUDE INVITATIONAL