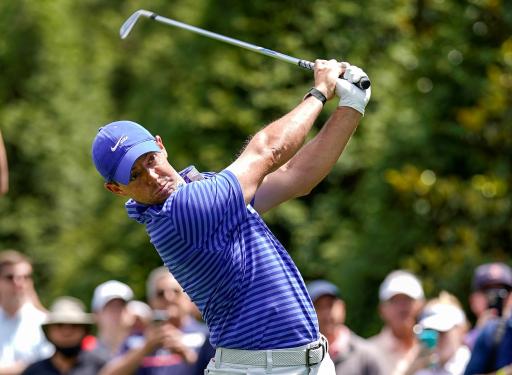 Padraig Harrington was pleased to see Rory McIlroy end his winless drought on the PGA Tour last week, but joked he'd have preferred him to save his comeback for the Ryder Cup later this year.

McIlroy's year-and-a-half wait for a PGA Tour victory ended at the Wells Fargo Championship at Quail Hollow and Team Europe captain Harrington is happy the Northern Irishman has his "swagger" back and hopes he can continue his hot form all the way to Whistling Straits in September.

"I was pleased, I won't say I wasn't," said Harrington, after posting a 6-under par opening round at the AT&T Byron Nelson. "It certainly was not unexpected by me. Rory's always been an ebb and flow player. When he starts playing well he plays even better.

"For me I know it's selfish and I am only being a bit facetious, but I wasn't unhappy with his form because I was thinking he's hanging onto his form for later in the year.

"You know, clearly Rory can play well all year. The way I look at it is that win last week brings back a bit of that swagger that we all need on the golf course.

This week's PGA Tour event is being held at TPC Craig Ranch where extremely low scores were predicted and that seems to be the case, with Jordan Spieth and J. J. Spaun leading at 9-under par after Thursday's first round.

Harrington described the Texas course as "generous", but was pleased to piece together an impressive opening round, with the Irishman getting some practice in ahead of next week's PGA Championship at Kiawah Island.

"I hit 18 greens in regulation, I've probably only done that a handful of times in my whole career," said Harrington. "The course is generous. With the moisture, the rain that we've had it softened it up a bit.

"It's absolutely perfect. Fairways are perfect, greens are perfect. Bit of placing, so it kind of leaves you shooting six under par like me and feeling like I should have done a little bit better."