With his wife on his bag and on his final Minor Medical Extension start, Ryan Brehm romped to a six-shot victory at the Puerto Rico Open. 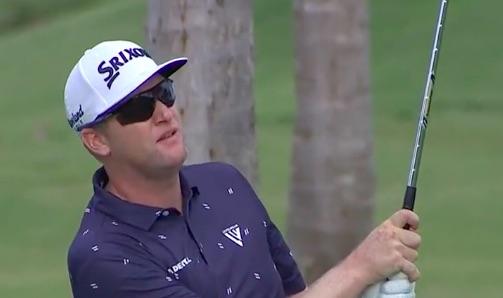 Ryan Brehm created the best moment of his career on Sunday afternoon at the Puerto Rico Open when he strolled to a fantastic six-shot victory.

Brehm played with his wife Chelsey caddying alongside him. The Puerto Rico Open was the final start of his Minor Medical Extension and he used it to perfection.

Heading into the final round with a three-shot lead, Brehm needed a solo second finish to confirm his status on the PGA Tour for the rest of 2022.

However, his performance at Grand Reserve Country Club has earned him playing rights for 2022 and the next two seasons as well.

"It might sound like Bill Belichick or Nick Saban here, but honestly, wasn’t thinking about the impact of my status or anything this week," said Brehm.

A win when he needed it most.

"I think that’s probably the real lesson here. I have people on my team that will do that for me. Really, I just need to put my head down and hit good golf shot after good golf shot.

"That’s my job and I’m going to trust people around me to do their job and they can take care of all those details for me."

It was the 35-year-old's 68th start on the PGA Tour. He has risen almost 500 places in the world rankings and he has booked himself a place at the PGA Championship.

He started the final round with a healthy lead on Sunday and he made five birdies in his first 11 holes. He shot a 67 to reach 20-under-par and six shots ahead of Max McGreevey.

Brehm and Chelsey became the first married duo to win on the PGA Tour since Patrick Reed and his wife Justine won the 2013 Wyndham Championship together.