Bryson DeChambeau became only the third player inside the world's top 50 to withdraw from the Players Championship last week. 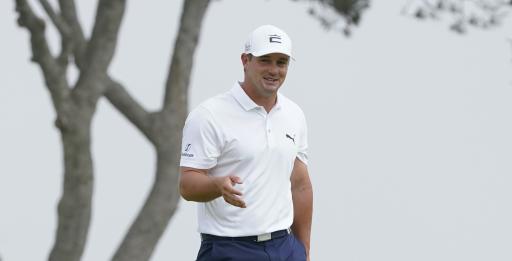 Bryson DeChambeau has promised "something big" after withdrawing from the Players Championship on the PGA Tour.

In a text message to Golfweek, DeChambeau confirmed his non-attendance at TPC Sawgrass but he also gave us something to look forward to.

"Getting ready for something big. Many plans in the works," DeChambeau wrote in the message. The 28-year-old hasn't played on the tour since the Farmers Insurance Open.

He has also been forced to withdraw from events such as the Sony Open and the Saudi International due to injuries to his wrist and a problem with his hip, which was evident at Torrey Pines.

However, DeChambeau sounds excited and confident that he will be back on the PGA Tour soon and one thinks of what plans he has lined up.

The Masters returns in the middle of April, but until then, there are five tournaments that he could play in, including the Dell Technologies Match Play.

Phil Mickelson and Harris English are the only other two players inside the world's top 50 who have withdrawn from this week's flagship event.

Following his statement regarding the Saudi golf league, Mickelson decided to take time away from his PGA Tour career. One also wonders if he will play at Augusta National.

DeChambeau, an eight-time winner on the PGA Tour, also has a thriving YouTube channel on which he posts videos of his gym work, practice sessions and his home life.

There are a number of possibilities that could be linked to DeChambeau's "something big" comment. We hope that he is back hitting bombs on the PGA Tour in the near future.

Next Page: Bryson DeChambeau will not compete at the Players Championship