Burns holds a slender two-shot lead at Riviera but a host of big names are still tucked in behind. 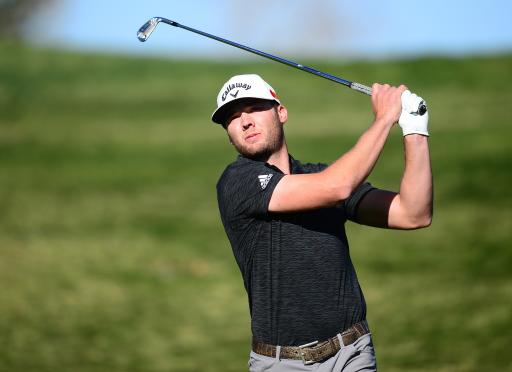 Sam Burns will take a two-shot lead into the final round of the Genesis Invitational despite carding a disappointing 3-over 74 at Riveira.

Burns, going in search of his maiden PGA Tour title, returned on Sunday morning to finish his third round after play was suspended due to darkness on Saturday as a result of a four-hour wind delay.

Despite an erratic display of golf from Burns in round three, he did produce one of the shots of the week - and possibly one of the chip shots of the entire PGA Tour season so far - when he was close up against a bush in the rough on the par-3 6th. Check out Burns' impressive shot below:

Unbelievable touch shown by the leader.@SamBurns66 with an all-world par save at No. 6.#QuickHits pic.twitter.com/PtLqAPzKwm

World No.1 Dustin Johnson remains in contention for a second win at Riviera and a fourth victory in his last nine worldwide starts as he sits in a tie for second on 7-under par with Matt Fitzpatrick and Max Homa.

Jordan Spieth, Wyndham Clark and Jason Kokrak are a further shot back on 4-under par.

The wind caused all sorts of problems at Riviera on day three, especially before play was halted for around four hours.

Keegan Bradley's wild putt on the par-4 10th was reflective of the issues that players were facing on Saturday. Watch below: