Sam Burns: What's in the bag of the FedEx Cup leader on the PGA Tour?

Sam Burns is one of the hottest prospects on the PGA Tour right now after winning the Sanderson Farms Championship earlier in October. 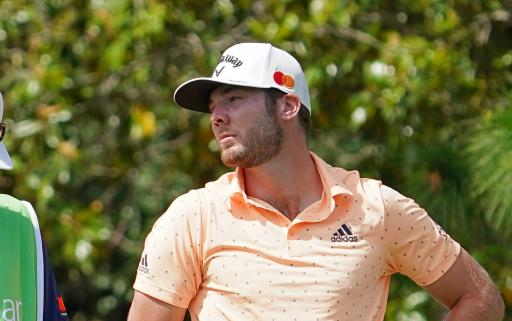 If every golf fan had to pick out one player to watch on the PGA Tour season, Sam Burns would be at the top of most people's lists.

He picked up his first win on the PGA Tour last season after overcoming Keegan Bradley at the Valspar Championship. Since then, he has gone from strength to strength.

Burns came second the week after at the AT&T Byron Nelson and he also lost in a playoff, along with Hideki Matsuyama, to Abraham Ancer at the WGC-FedEx St. Jude Invitational.

In his first appearance of the new season, Burns won the Sanderson Farms Championship, firing a 5-under-par final-round score to finish one shot clear of Cameron Young.

Entering into the season, Burns spoke of his disappointment not to be chosen in the history-making US Ryder Cup team, as he was overlooked for the likes of Daniel Berger and Scottie Scheffler.

However, now a two-time PGA Tour winner and currently the leader in the FedEx Cup standings, you can bet that he will be involved in the 2023 Ryder Cup in Italy.

The 25-year-old is a Callaway player and he paid tribute to his new driver after winning the Sanderson Farms Championship.

"I switched to the new Callaway Epic Speed a few months ago and it’s really been a game-changer for me. That was huge having that in the bag this week," Burns said after his win at the Country Club of Jackson.

RELATED: THIS EUROPEAN TOUR PLAYER STILL HAS THIS RETRO CALLAWAY FAIRWAY WOOD IN THE BAG

NEXT PAGE: BERMUDA CHAMPIONSHIP R1: CLASSY PATRICK REED HITS ONE OF THE SHOTS OF HIS LIFE