Sam Burns: What's in the bag of the Sanderson Farms Championship winner?

Sam Burns is now a two-time PGA Tour winner and he is a rising star in the game of golf. 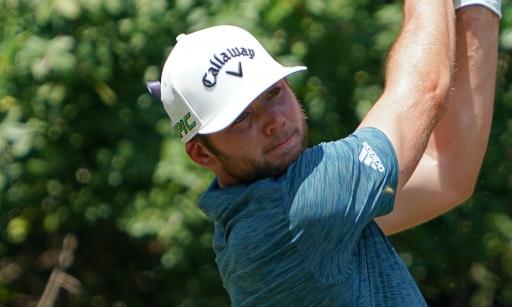 If you hadn't already stood up and taken notice of Sam Burns, then you certainly will have now. He is now a two-time PGA Tour winner and a force to be reckoned with.

A stretch of three consecutive birdies on the back nine helped the 25-year-old to take control of the Sanderson Farms Championship and edge ahead of clubhouse leader Nick Watney.

Despite a bogey on the final hole, it was enough for Burns to finish one shot ahead on 22-under-par at the Country Club of Jackson. He was the betting favourite heading into the week and he justified this.

Having won the Valspar Championship in the 2020/2021 season, it was only a matter of time until he won again. He has now risen to number 18 in the world, his best-ever position.

It wasn't to be for Watney in Mississippi and his wait for a first win in nine years goes on. Sahith Theegala was also denied a dream start to his rookie PGA Tour season as he made three costly bogeys on the back nine on Sunday.

Burns overcame them all, but what clubs did he use to do it?

NEXT PAGE: THE BEST G/FORE GOLF POLO SHIRTS FOR YOUR GAME THIS AUTUMN