Sam Ryder: Who is the PGA Tour star that just caused mayhem at the Phoenix Open

Sam Ryder entered his name into the record books at the WM Phoenix Open as he recorded the 10th ace on the famous 16th hole at TPC Scottsdale. 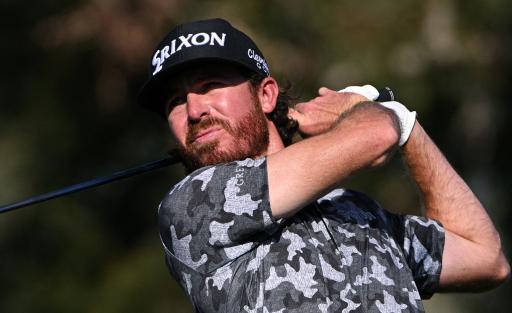 Sam Ryder entered his name into the record books at the WM Phoenix Open on Saturday night as he recorded the 10th ace on the famous 16th hole at TPC Scottsdale.

Ryder's ace on day three of the 2022 WM Phoenix Open marked one of the most incredible moments in the tournament's history, one not dissimilar to the famous hole-in-one by Tiger Woods on the 16th hole back in 1997.

The 24-year-old American sent a beautiful wedge straight over the pin just to the right of the hole and then spun it sideways to mark the 10th ace on this hole and the first since Francesco Molinari's seven years ago at the 2015 Phoenix Open.

There had been 2,851 tee shots played on this hole since Molinari's hole-in-one here.

Ryder has made six aces in his golf career but this was his first on the PGA Tour, and what a hole to achieve it on.

Ryder is so far winless on the PGA Tour but he did win on the PGA Tour Canada at the 2015 National Capital Open to Support Our Troops when winning a playoff over Taylor Pendrith, and he also won on the Korn Ferry Tour at the 2017 Pinnacle Bank Championship when romping home by eight shots.

Back then the circuit was known as the Web.com Tour and he would go on to finish second in the 2017 season rankings to earn his PGA Tour card for 2018.

In 2019, Ryder qualified for the FedEx Cup Playoffs on the PGA Tour for the second time, finishing 107th in the standings.

His best finish on the PGA Tour came last season with a tie for second at the Corales Puntacana Resort & Club Championship.

Ryder was born in Winter Park, Florida and attended Stetson University, where he studied finance.

In case anyone is wondering, Sam Ryder is not related to the famous Samuel Ryder, who donated the trophy in 1927 for golf's famous biennial event to take place.

"People ask me a lot if we’re related, especially when the Ryder Cup comes along," Sam Ryder once said during a practice round.

He was named after his great-uncle on his father’s side and he said there have been several Sam Ryders in his family.

Ryder currently ranks 261st in the Official World Golf Rankings, much down to missing four of his last six cuts on the PGA Tour.

He does, however, join an elusive group of PGA Tour players to make a hole-in-one on the rowdy 16th hole in the Phoenix Open's history:

NEXT PAGE: JON RAHM MAKES BIRDIE THEN SIGNS A BRIDE'S DRESS AT THE PHOENIX OPEN