Sanderson Farms Championship: Will Zalatoris goes LOW to move into the lead

The reigning Rookie of the Year continues to show the world why he is the real deal. 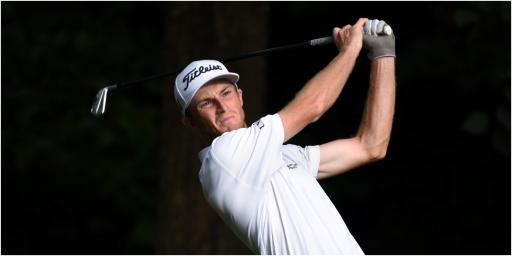 Will Zalatoris fired 11 birdies and no bogeys on his way to a stunning second round 61 at the Sanderson Farms Championship.

The youngster continues to impress after his debut Masters performance and had it rolling on day two at the Country Club of Jackson.

He made four consecutive birdies from the second hole and also birdied eight and nine to make the turn with a 6-under 30.

Zalatoris hit seven of 14 fairways and 17 of 18 greens in regulation and had an utterly ridiculous day on the greens.

Remarkably, he missed no putts within 10 feet.

6 birdies in his last 9 holes.

Sergio Garcia is the defending champion and he continued his good form from the Ryder Cup.

He's quite some way back from Zalatoris but made back-to-back birdies and threw some darts during his second round.

At the time of writing Garcia was 4-under for the tournament.

Impressive young American Sahith Teegala, who shot an opening round of 64, and Harold Varner III also make up the top 10.

The projected cut to make the weekend is 4-under par.