Fleetwood and Danny Willett were the big movers on day two as Hatton continued his good form. 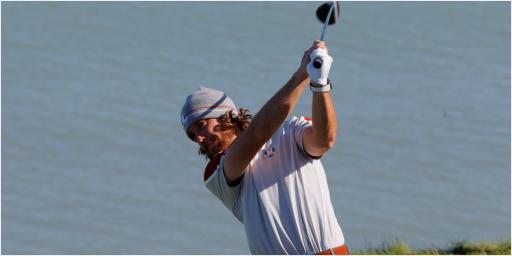 Tyrrell Hatton consolidated on his good start at the Alfred Dunhill Links Championship and leads by one stroke after 36 holes.

Hatton, who grabbed 1.5 points for Europe as they were dismantled by the United States in the Ryder Cup, carded a second round 2-under par 70 to see him in at 10-under par.

The Englishman, a two-time winner of this event, was playing his second round at Kingsbarns Golf Links on a day where the winds picked up massively and scoring was tough and holds a slender lead over England's Daniel Gavins who is in the clubhouse at 9-under.

Hatton, 29, made back-to-back birdes at 6 and 7 to make the turn at 34 and carded a further three birdies and three bogeys on a frustrating back nine.

Tommy Fleetwood, who will also seek to put the dissapointment of the Ryder Cup behind him, was also playing the Kingsbarns Golf Links alongside Hatton and carded a 1-under round of 71 to see him tied for fifth at 7-under.

Former Masters champion Danny Willett is two strokes behind the leader after he shot a 3-under par second round which included three birdies, one eagle, a bogey and a double bogey.

"I've holed two 40 footers today, one for birdie and one for eagle," said Willett. "(I'm) just trying to keep it out of the bunkers where I can. The rough's not too bad this year but putting is tricky."

Each player completes a round at Carnoustie, St Andrews and Kingsbarns before the final round is played at St. Andrews.

There was more dissapointment for beaten European Ryder Cup captain Padraig Harrington who has struggled in the windy conditions and has carded two 3-over-par rounds.

tyrrell hatton
Danny Willett
Tommy Fleetwood
Alfred Dunhill Links
european tour
Ryder Cup
Previous
Can you do THIS on the green when a golf ball is already in motion?
Next
Sanderson Farms Championship: Will Zalatoris goes LOW to move into the lead