Sergio Garcia leads The Players with a 65 as Rory McIlroy posts a SHOCKING 79! 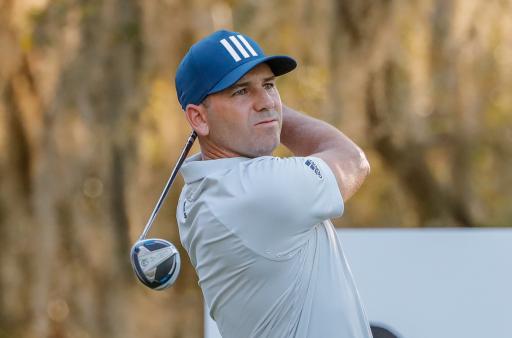 Sergio Garcia finished birdie-birdie-eagle to card a stunning 7-under 65 and race to the top of the leaderboard on day one of The Players Championship at TPC Sawgrass.

Garcia, 41, is bidding to win his second Players Championship having captured the PGA Tour's flagship event of the season with playoff victory over Paul Goydos in 2008.

In 76 career rounds at TPC Sawgrass, @TheSergioGarcia is 33-under on the 9th hole.

He ends on an eagle and leads by two. pic.twitter.com/KXaNTZSRDo

The 11-time PGA Tour winner started on the 10th and made a solid start with five pars before moving into the red with a birdie at the 15th, and he then followed that up with an impressive eagle from 10 feet at the par-5 16th.

Garcia took his pars on the treacherous 17th and 18th, and then exchanged a bogey with a birdie at the 1st and 2nd.

The former Masters champion parred the next five holes but then closed out his opening round in style with birdies at the 7th and 8th from 17 feet, and his second eagle of the day from 19 feet at the par-5 9th.

At 7-under par after 18 holes, Garcia finds himself two shots ahead of Brian Harman, with Matt Fitzpatrick, Shane Lowry and Corey Conners three off the pace on 4-under par.

Bryson DeChambeau and Lee Westwood, who both fought out the finish at Bay Hill last weekend, moved into contention with rounds of 3-under 69.

The champ is down. Rory McIlroy makes a quadruple bogey on No. 18. pic.twitter.com/dIfMf72WxG

At the other end of the leaderboard, Rory McIlroy carded a dismal round of 7-over 79 that included a quadruple-bogey eight at the 18th hole when sending two balls into the water.

Although McIlroy won this tournament in 2019, he is still classified as the defending champion this week as last year's tournament was cancelled after round one due to the coronavirus outbreak.

The iconic par-3 17th saw one of its highest-ever scores with Byeong Hun An racking up an 11 when finding the drink four times.

That's the second-highest score ever on the 17th in the ShotLink era. pic.twitter.com/1nZ8a6HvY4