Tiger Woods is unsurprisingly the most searched for golfer on Google, whilst the player in second might come as a surprise to you... 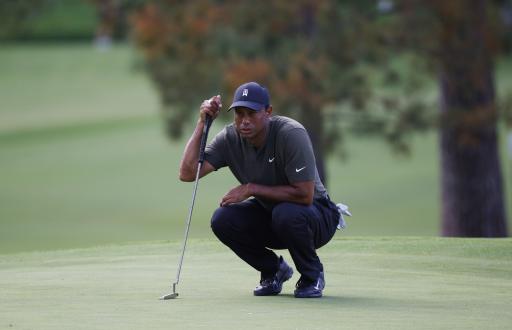 The PGA Tour's new Player Impact Program made the headlines earlier this week, after a new bonus system was revealed that would see 10 players share $40 million at the end of the year.

Players will be ranked based on their Impact Score, which will have nothing to do with their performances on the golf course, whilst things such as social media and Google search are factors that will shape the final leaderboard.

In a study conducted by LoveUX, the current top 10 most searched for golfers on Google has been revealed and unsurprisingly, Tiger Woods tops the charts with 1,070,000 average monthly searches.

The golfer in second place though will definitely come as a surprise, with Australian Adam Scott sitting behind Woods with 207,000 average searches.

Take a look at the current top 10 based on Google searches below.

The Most Searched For Golfers In Google

Social media will also play a role in the new bonus system and World No.3 Jon Rahm revealed he will do what he can to boost his followers to help his Impact Score, whilst American duo Xander Schauffele and Patrick Cantlay - who are relatively quiet on social media - both said they will not be changing their ways online.

LoveUX also conducted a study to see which golfers have the biggest combined following on both Twitter and Instagram and once again it was the 15-time major champion sitting pretty at the top.

The Most Followed Golfers - Combined Audience

Justin Rose, who sits 9th in social media following, finished inside the top 10 of the Player Impact Program in a simulation of 2019 that was used as an example to the PGA Tour players, but the Englishman believes the new bonus structure will divide opinion throughout the tour.

"There are concepts around the world that want to focus on the best players and the best players being together more often, right?" Rose said ahead of this week's Zurich Classic, where he teams up alongside Henrik Stenson.

"I think with media dollars being so astronomical these days and obviously four, five, six guys always being the ones that are being used to promote the tournament. I guess it's just a way of trying to sort of incentivise them and help them out, not that they need much helping out.

"A rising tide lifts all ships. Obviously the whole [PGA] Tour has benefited very much from a group of guys, but if you really want to think about it, one guy (Tiger Woods) for so long that it's just a way of maybe saying thank you.

"Obviously there's lots of ways that that money could also be used in different ways to support the Tour so there's going to be lots of people with different opinions. Let's just see what the reaction is."