Former Masters winner Adam Scott has chosen not to play in the Tokyo Olympics this summer. 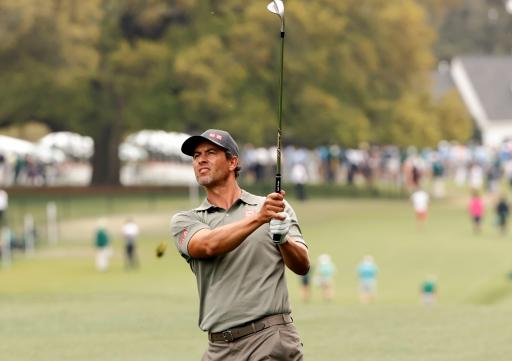 Adam Scott is the latest player on the PGA Tour to announce that he will not be taking part in the Tokyo Olympics this summer.

The 2013 Masters winner is currently ranked 35th in the world and would be Australia's most experienced player had he chosen to play at the Olympic Games at the end of July, but accoring to his agent, it does not fit into his schedule.

"With the world being the way it is, Adam is gone four to five weeks at a time this year during his playing blocks," Johan Elliott of Sportyard International told GolfChannel. "With three young children at home, this time in the schedule will be devoted to family."

“It is pretty much the only time up until October when he has a chance to see them for a stretch of time and not only a few days/a week.”

The Olympics was postponed last year due to the coronavirus outbreak and the golf tournament is now scheduled to take place 29 July to 1 August at Kasumigaseki Country Club outside Tokyo.

The Open Championship at Royal St George's is scheduled two weeks prior to the Olympic golf tournament, whilst the WGC-FedEx St Jude Invitational in Memphis will feature a stellar field the week after the Tokyo Games.

Scott is not the only player to snub the Olympics, with World No.1 Dustin Johnson revealing he has no interest in representing the United States in Tokyo, something he was slammed for heavily by Brandel Chamblee.

NEXT PAGE: Golf fans react as Bubba Watson REVEALS how he chose partner for Zurich Classic