The big cat has not hit a single shot this year but still reigns supreme, so what is the point of the player impact programme? 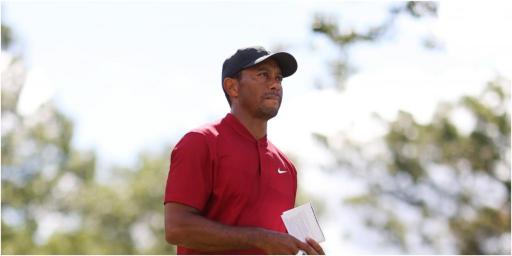 There will be no official announcement as to who will claim the cash prize from the PGA Tour's player impact programme.

But judging by the data Tiger Woods will be in line to receive the largest share of the $40 million carrot the Tour dangled in front of the players' eyes earlier this year.

The PGA Tour introduced the player impact programme which will reward the most influential golfers based on social media popularity and other similar factors that are driving the game's popularity.

Woods has been out of action since the beginning of 2021 when he rolled his luxury SUV multiple times after driving at more than twice the 45mph speed limit.

BEST GOLF SHOES FOR LESS THAN £65 ON AMAZON

But he is still eligible for the money that will be handed out to the top 10 players. The PGA Tour has refused to reveal the results but it won't be too hard to find out who they are.

Si.com have crunched the numbers and based on popularity in Google searches and social media monitoring tools Woods leads the way in popularity by a huge margin to Rory McIlroy.

So he can expect to receive the $8 million despite not playing in an event and we have no idea if he will return to the PGA Tour.

It is no surprise who else will make up the rest of the game's most popular players. Jordan Spieth, Phil Mickelson, Dustin Johnson, Bryson DeChambeau, Rickie Fowler, Justin Thomas, Brooks Koepka and Jon Rahm are all in line to receive a cash pay out.