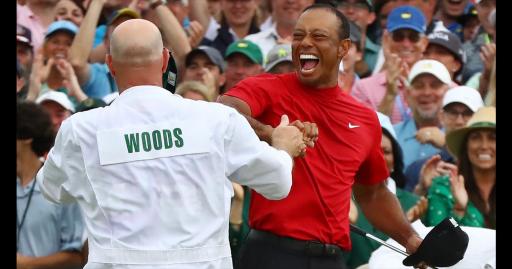 Tiger Woods has confirmed he will tee up in the PGA Tour's first official event in Japan at the ZOZO Championship from October 24 to 27.

Woods, who won his first major title in 11 years at The Masters two weeks ago, took to social media to reveal his news, claiming Japan to be one of his "favourite countries" in the world.

I’m excited to play in the inaugural ZOZO Championship in October, and return to Japan, one of my favorite countries. It’s going to be a fun fall. https://t.co/vaFO4DEv1r

The 15-time major champion last played in Japan in 2006 when losing a playoff to Padraig Harrington at the Dunlop Phoenix.

The PGA Tour has signed a six-year deal to host the ZOZO Championship at Narashino Country Club, just outside of Tokyo, and will feature a $9.75 million purse.

The tournament takes the place of the CIMB Classic in Malaysia on the PGA Tour schedule and joins the CJ Cup and WGC-HSBC Champions in the three-week Asia Swing.

Woods also revealed recently, alongside his GOLFTV partnership, that a head-to-head match has been planned for Tokyo before the end of the year, although his opponent has yet to be revealed. Strong rumours have linked the possibility of a Woods vs Hideki Matsuyama clash, but no details have been disclosed just yet.

The former World No.1 is next expected to tee up in the Wells Fargo Championship at the start of May, before turning his attentions to the US PGA Championship from May 16 to 19.