Tiger Woods: Remembering his FIRST PGA Tour title 25 years ago on this day

October 6 holds a special place in the calendar for the big cat. 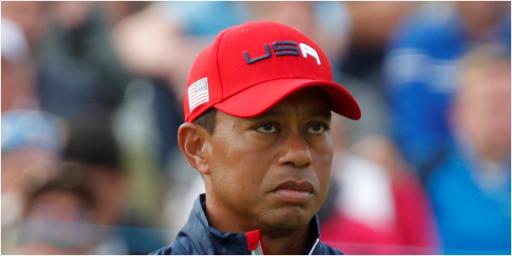 It is truly staggering to believe but on this day 25 years ago Tiger Woods won his first PGA Tour title.

The big cat won the 1996 Las Vegas Invitational after winning in a play-off after racing to 21-under par.

Woods was 20 years old when he won and even then he had a throng of journalists follow him around.

They knew his name, they had heard the mutterings.

Woods' father probably told them about him.

There was a monumental buzz around Woods.

Everybody knew his name and he was yet to win a thing.

Woods was even too young to gamble.

He told the media: "I can watch, that's about it."

In the casinos the house always win but over the next 25 years little did we know it would be that on the course it would always be Tiger.

The final of those three happened 25 years ago today. pic.twitter.com/qDdvBdDZLe

At the Las Vegas Invitational Woods found himself going up against Davis Love III in the play-off.

He had played the par-5s that week in 5-under and won with a two-putt par on the hole.

Love had failed to get up and down from a greenside bunker.

The veteran later said although he was dissapointed, he conceded: "He's a great, great player, and he's great for the TOUR."

The mock cheque reportedly still hangs in his home office.

Six months later, Woods would win the Masters by 12 shots.

Then he become America’s next sporting icon.

Love's words are as true now as they ever were.

NEXT PAGE: RICKIE FOWLER ON HIS PRE-SEASON REVAMP