Rickie Fowler has endured the worst time of his professional life in the last two years, but his family life could inspire a turn of fortunes. 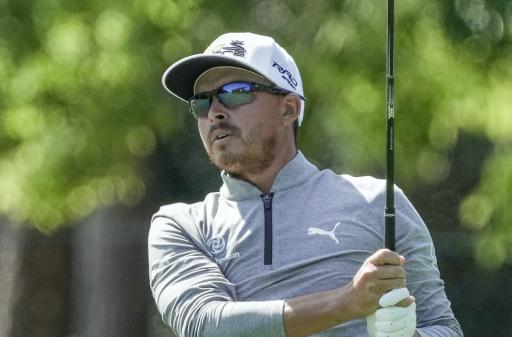 Rickie Fowler said he is "fresh and ready to go" for the next PGA Tour season as he looks to put the worst form of his professional career behind him.

Last season, Fowler missed nine cuts and made just one top-10 appearance, which ironically came at the PGA Championship in May. He also hasn't won since the 2019 Waste Management Phoenix Open.

The 32-year-old has had a busy life at home, but for all the right reasons. He and his wife Allison recently celebrated their second wedding anniversary.

They are also expecting their first child at the end of November, so things are looking up for Rickie. He has recently gone through a drastic diet change which has seen him lose five pounds by cutting down on certain foods.

RELATED: JON RAHM: HOW MUCH IS THE SPANISH GOLFER ACTUALLY WORTH IN 2021?

It is all change for Fowler and he will be hoping that the same can be said for his golf this week at the Shriners Hospitals for Children Open.

"Life comes at you fast at times and you deal with it best you can," Fowler said on Tuesday.

"She’s great (Allison). Everything’s gone very well. It’s a lot easier on my end, obviously. She’s pregnant and has to put up with me."

"I’ve heard from a lot of people that when the baby is born is when the light bulb goes off. Allison is leading the charge, as far as getting everything ordered and what not, and I’m trying to play a good supporting role.

"The thing that makes me feel a little more comfortable because this is something new, I feel we can do it. And we both come from great families and that has trickled down. But it’s going to be a big change."

Quite often, the personal lives of professional sportsmen are not considered when they are competing in their competitive sphere. You just don't know what they're thinking.

At least for Fowler, he has things to look forward to and we hope he can transfer his excitement into great golf, the golf that thrilled crowds on the PGA Tour and helped him grow a massive fanbase in previous seasons.

The five-time PGA Tour winner is arguably one of the best golfers never to win a major championship. In 2014, he finished in the top five of each won without winning.

He has reached number four in the world rankings in his career and competed on four Ryder Cup teams. His best is in there and with his new swing changes, he hopes to rediscover it.

"What we have been working on swing side, equipment side, everyone is on the same page. That last two years, it’s not where I’ve wanted to be out here.

"So I’ll scratch that and move forward."

NEXT PAGE: LPGA ANNOUNCES CANCELLATION OF ANOTHER EVENT DUE TO COVID-19 TRAVEL RESTRICTIONS

PGA tour
Rickie Fowler
allison stokke
PGA Championship
shriners hospitals for children open
Previous
Jon Rahm net worth: How much is the World No.1 worth in 2021?
Next
Justin Rose on his Ryder Cup snub: There was a WEIRD feeling that Sunday