Golf fans and gamers are BUZZING as Tiger Woods returns to a PGA Tour video game... 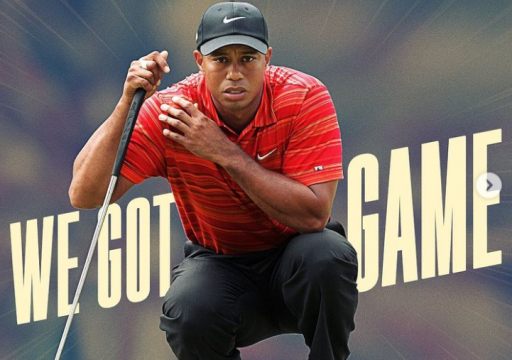 Tiger Woods has signed an exclusive long-term deal with 2K, meaning he will now once again appear on a video game, according to the PGA Tour.

Woods, who is currently recovering from multiple leg injuries sustained during a horror car crash in Los Angeles, will now partner with 2K where rights for his name and likeness will appear exclusively in the PGA Tour 2K franchise, as well as any other golf games published by 2K during their partnership.

In addition, 2K has also announced it has entered into a definitive agreement to acquire privately-held HB Studios Multimedia Ltd., developers of the critically acclaimed and commercially successful PGA TOUR® 2K21, as well as The Golf Club franchise.

The acquisition is expected to close in the first calendar quarter of 2021, subject to customary closing conditions. Financial terms of both deals were not disclosed.

"I am looking forward to making my return to the video game landscape, and with 2K and HB Studios, I've found the right partners to make it happen," said Woods.

"I am honoured to take part in this opportunity and look forward to sharing my expertise and insights as we build the future of golf video games together."

As you can imagine, the news of Woods' arrival to 2K has sent golf fans and gamers into something of a frenzy on social media. Check out the comments in the thread below:

Once again @TigerWoods will tee off in a video game.

He's inked a long-term deal with 2K, and will be coming to @PGATOUR2K in the future. pic.twitter.com/xURBqPoT7n

According to the PGA Tour, 15-time major champion Woods "will play an active role in the video game landscape as an Executive Director and consultant with PGA TOUR 2K, while 2K will also partner with Woods’ TGR Foundation, which provides award-winning STEM curricula and college-access programs to offer underserved students the tools needed to thrive in school and beyond."

2K President David Ismailer said: "In golf, there is no bigger icon than Tiger Woods. Like the rest of the world, we were saddened to hear of his recent accident, and we wish him a full and smooth recovery.

"We have been eager to announce our partnership with Tiger, whose legendary career has transcended the sport. We are thrilled to have him join our PGA TOUR 2K series as an Executive Director."

GolfMagic has been playing the hugely popular new PGA Tour 2K21 video game in recent weeks. Check out how we got on at The Players Championship venue TPC Sawgrass last week in the video below: