The world of golf is thankful Tiger Woods is alive, but his PGA Tour career now appears in jeopardy 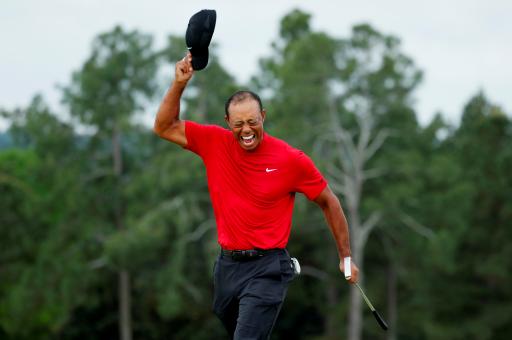 Tiger Woods is "very, very unlikely" to return a professional golfer on the PGA Tour following his car crash in Los Angeles on Tuesday, according to a chief orthopedic trauma surgeon.

While the world of golf is just thankful Woods is still alive following his horror single vehicle roll-over traffic collision, the 15-time major champion has sustained major injuries with shattered tibia and fibula bones on his right leg in multiple locations, stabilised by a rod in the tibia.

A combination of screws and pins were also used to stabilise additional injuries in his ankle and foot.

Woods is thankfully said to be responsive and recovering in his hospital room, but no recovery prognosis was provided.

The future for Woods' career on a golf course does not sound promising, though.

"I would say, unfortunately, it's very, very unlikely that he returns to be a professional golfer after these injuries," said Dr. Michael Gardner, chief of orthopedic trauma at Stanford Medical Center.

"His age, his multiple back issues, this is going to be a very long road ahead if he chooses to attempt to return to his previous level of golfing."

While this might be the first trauma to his right leg, Woods has already had four previous surgeries to repair ligaments on his left knee, along with five surgeries on his lower back in the last seven years - the last of which he had been recovering from prior to his car crash on Tuesday morning.

Another orthopaedic surgeon Joseph Patterson, of Keck Medicine at USC, said Woods' recovery could take "months to years" and "may not complete".

"We know that the injury to Tiger's legs involves upper and lower portions of the tibia, his shinbone, the ankle and his foot. That means his ankle joints, the essential joints in his foot and possibly his knee may be affected," said Dr Patterson.

"If these fractures involve the surfaces of those joints, meaning the cartilage and other tissues, his joints are at risk for deteriorating a little quicker than they otherwise."

RELATED: TIGER WOODS WAS "AGITATED AND IMPATIENT" AND "TOOK OFF FAST" FROM HOTEL MOMENTS BEFORE CRASH

A number of PGA Tour players have been speaking about Woods ahead of this week's WGC-Workday Championship, with Rory McIlroy insisting we should all just be thankful that he is still alive.

"At this stage I think everyone should just be grateful that he's here, that he's alive, that his kids haven't lost their dad," said McIlroy. "That's the most important thing. Golf is so far from the equation right now, it's not even on the map at this point.

"He's here, he's fine, he's got some pretty bad injuries, but he's going to be okay. I was looking at some of the coverage yesterday and they were talking as if he was gone. It's like, he was in a car crash. It was really bad, he's very fortunate to be here, which is great, but I mean, that's the extent of it."

Jon Rahm said: "Just hoping out of a bad situation, the best possible outcome and I hope he can recover from it and we can see him on the golf course as early as possible. I know he underwent surgery early this year, so I hope he didn't damage anything he had done already."