Rory McIlroy on Tiger Woods car crash: "We should be grateful he's alive"

McIlroy: "Golf is so far from the equation right now, it's not even on the map at this point." 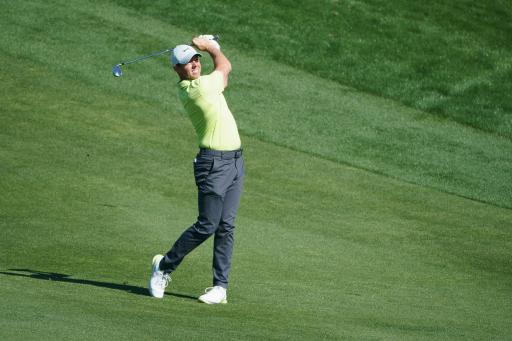 Rory McIlroy insisted that everyone should be grateful that Tiger Woods is alive and able to go home to his family, rather than focus on whether or not he will return to golf any time soon.

Woods underwent surgery after suffering serious injuries to his right leg and it didn't take long for golf fans around the world to debate the 15-time major champion's future.

McIlroy, a close friend of Woods and a fellow member of Team TaylorMade, spoke to the media ahead of this week's WGC-Workday Championship, where he reminded everyone that his health and wellbeing is the most important factor.

"He's a human being at the end of the day, and he's already been through so much," said McIlroy at The Concession in Florida.

"At this stage I think everyone should just be grateful that he's here, that he's alive, that his kids haven't lost their dad. That's the most important thing. Golf is so far from the equation right now, it's not even on the map at this point.

"He's here, he's fine, he's got some pretty bad injuries, but he's going to be okay. I was looking at some of the coverage yesterday and they were talking as if he was gone. It's like, he was in a car crash. It was really bad, he's very fortunate to be here, which is great, but I mean, that's the extent of it."

From The Concession, players reflect on the news of Tiger Woods' car accident. pic.twitter.com/ojXeySq72R

McIlroy was then asked if the field playing in the WGC event this week would be distracted by what's going on away from the golf course, to which he added:

"Of course we're all going to play a golf tournament and seem no different.

"It's obviously going to take a bunch of attention away from this golf tournament, but that's nothing to do with us, that doesn't fall on us, and we don't really feel that when we're playing anyway."

NEXT PAGE: Tiger Woods golf career is the "least of his worries" admits doctor