Tom Watson: "Tiger Woods will be back playing golf before The Open in 2022"

Golf legend Tom Watson believes that Tiger Woods could be back to play at professional tournaments before the Open Championship in 2022. 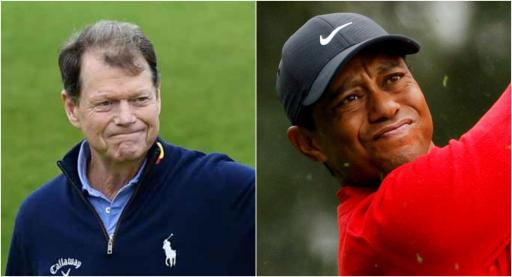 The Open in 2022 is set to be held at St. Andrews, the home of golf, after it was meant to be held at the historic venue this year but was delayed as a result of the Coronavirus pandemic.

Woods is currently in rehabilitation for the injuries that he sustained in a car crash in February. He has posted updates on his health on social media to keep his fans aware of his progress

"I don’t know what to expect," said Watson who spoke to GolfMagic and a number of other UK media on Tuesday.

"I would suspect that Tiger will be back playing professional golf before the Open Championship in 2022."

Woods, who has won The Open three times, missed the cut at his last appearance at the event at Royal Portrush in 2019 and we are unsure when or whether we will see the 15-time major champion again on the PGA Tour any time soon.

Watson won the Open Championship an incredible five times in the space of eight years, with his first title coming in 1975 at Carnoustie. Arguably his most memorable win at golf's oldest major event came in 1977, when he beat Jack Nicklaus in what became known as "The Duel in the Sun."

NEXT PAGE: GOLF FANS REACT TO PHIL MICKELSON'S TWEET ON HIS WIFE'S BIRTHDAY