Team 'Send It' are one shot back at the Zurich Classic at TPC Louisiana and both players put on an impressive driving display. 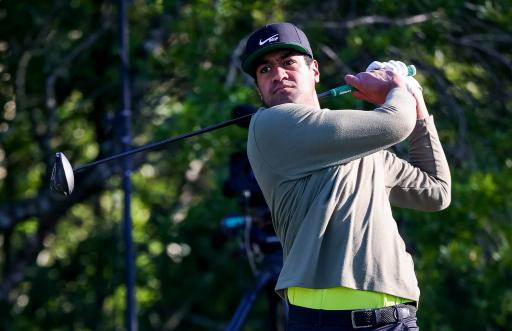 Tony Finau and Cameron Champ put on a serious driving display at TPC Louisiana and find themselves just one shot back after the opening round of the Zurich Classic.

The big-hitting duo shot a 9-under par opening round on Thursday in the fourball format, but currently share a tie for third with six other teams, including Australian pairing Cameron Smith and Marc Leishman.

Finau and Champ, two of the longest hitters on the PGA Tour, hit 13 drives over 315 yards during the first round and they will look to continue their form off the tee as they play foursomes on Friday, before playing another round of each format at the weekend, should they make the cut.

Team #SendIt is living up to its name and one shot back @Zurich_Classic. pic.twitter.com/7nm4o5YUnX

Rising star Hovland teamed up with fellow Norwegian Ventura, who is ranked 248th in the world rankings, but both players were extremely impressive throughout Thursday's action.

"We basically had two birdie chances on every single hole and towards the middle to back end of the round, Kris's putter heated up," Hovland said. "It was cool to watch. We just played really solid golf."

Smith and Leishman, who many have tipped to win the Zurich Classic this week, used the fourball format to their advantage, with both players getting the other out of trouble, while Leishman praised his partner's ability on the greens.

"I had the pars covered on most holes and he had the birdies covered," Leishman said. "I was there on a couple holes when he made bogeys, and likewise, the holes I struggled on he was there. It was great to be playing with someone who's got a hot putter and putting himself in good positions on pretty much every hole."

NEXT PAGE: Golf fans react as Bubba Watson REVEALS how he chose partner for Zurich Classic