The Zurich Classic of New Orleans is one of the few team events on the PGA Tour, where players pair up and play fourball better-ball and foursomes. 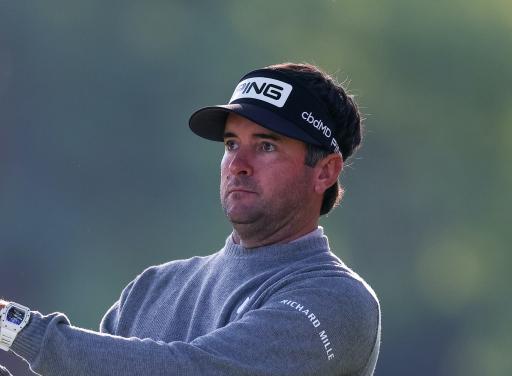 The Zurich Classic of New Orleans has always been a relaxed event when compared with other PGA Tour fixtures, as the players pair up and play as a team.

The starting field consists of 80 teams, so 160 players, and each of the top players who have committed to the tournament from the PGA Tour Priority Rankings chooses a teammate.

Bubba Watson revealed yesterday that he had a bit of trouble finding a partner and after asking a couple of players, he finally paired up with World No. 21 Scottie Scheffler.

Scheffler also said that he had asked other players to pair up with him at TPC Louisiana too, but like the two-time Masters champion, he had no luck as well.

WATCH THE VIDEO BELOW AS BUBBA PAIRS UP WITH SCHEFFLER

Golf fans on social media left their comments too:

"This sounds like trying to find a date for the HS prom!" one fan said.

"I legit hope they win now," another fan commented

"Partnerships in these events really are buddy/buddy and these two don't really "have buddies", more just good friends who are colleagues," one fan commented.

"Two of my favourite guys on tour," one fan said.

"Bubba has more charisma, wins, and fans...Scottie should be so lucky!" another fan commented.

The players shared a laugh about it in their interview, but their last-minute match-up didn't bother them in the first round as they shot 8-under-par.

The first round was played in the fourball better-ball format and the American pair scored six birdies between them. Watson also made an eagle on the par-5 2nd hole which helped his team post a 64.

Viktor Hovland and Kris Ventura share the lead with Brice Garnett and Scott Stallings after both teams shot 10-under-par rounds of 62 on day one.

NEXT PAGE: SHOULD THERE BE MORE TEAM GOLF EVENTS ON THE PGA TOUR?

Golf news
WATCH: Is this the most OUTRAGEOUS golf swing you have ever seen?
PGA Tour
Lexi Thompson honoured to be alongside Bubba Watson at QBE Shootout
PGA Tour
Masters champion Bubba Watson on Saudi Arabia: "They're TRYING to change"
PGA Tour
PGA Tour players REACT to Tiger Woods' return at PNC Championship
PGA Tour
How to watch the QBE Shootout: A UK and US TV Guide for the PGA Tour