Webb Simpson: "PGA Tour is safest place to be in United States"

In-form Simpson praises the work of the PGA Tour during the coronavirus pandemic... 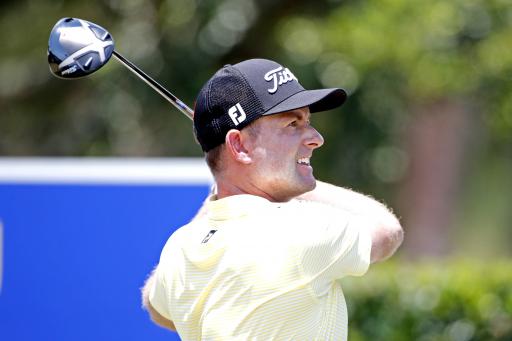 Webb Simpson believes the PGA Tour is "the safest place anyone can be in the United States right now" despite six players and two caddies testing positive for the virus over the last two weeks.

Simpson won the RBC Heritage two weeks ago and then withdrew prior to last week's Travelers Championship as precaution after a family member had tested positive for COVID-19.

The World No.6 is back in the field at this week's Rocket Mortgage Classic, however, after it was revealed that all of his family have since tested negative for the virus.

Simpson considers the PGA Tour deserves nothing but credit for their work during these challenging times to not only get the circuit back up and running, but to limit the number of cases to just single figures as it stands.

"I applaud the PGA Tour for everything they have done and are doing to keep us safe," said Simpson, who leads the PGA Tour's season-long FedEx Cup standings.

"I mentioned to the commissioner last week that based on our numbers, our stats, the safest place that anyone can be in the United States right now is on the PGA Tour.

"We had at that point when we had that conversation, I think seven out of some 2300-2400 positive, which is amazing.

"So the lengths that the Tour is going to make sure that every place we go is safe and secure – with testing and all that – I feel very good about being out here."