Another PGA Tour pro tests positive for coronavirus ahead of the Rocket Mortgage Classic... 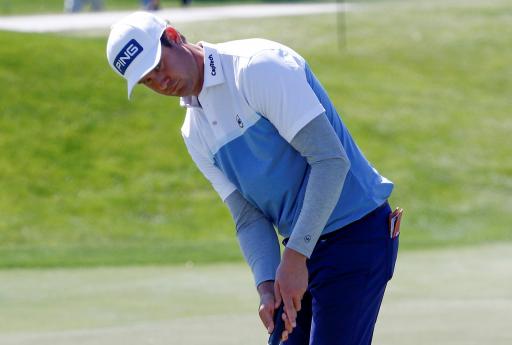 Harris English has become the fifth PGA Tour pro to test positive for coronavirus and has been forced to withdraw from this week's Rocket Mortgage Classic.

English, 30, is the second player to test COVID-19 positive this week along with South Africa's Dylan Frittelli.

"While it's disappointing to receive this news, as I feel healthy, I'm pleased that the new safety protocols we have in place worked this week," said English, a two-time PGA Tour winner.

"I fully support the Tour's new rule of not allowing anyone on the tournament tournament grounds until testing negative, as protecting others in the field and everyone affiliated with the tournament in the community should be the number one priority as a result of a positive test.

"I appreciate the Tour support and I look forward to competing again after I'm fully recovered."

All PGA Tour players testing positive for the virus must self-isolate for a period of 10 to 14 days.

PGA Tour players that test positive for coronavirus are now eligible to receive as much as $100,000 providing they follow the circuit's health and safety guidelines during the two-week self-isolation process.

The news came to light during PGA Tour commissioner Jay Monahan's press conference last Wednesday ahead of the Travelers Championship.

"We have developed a program, a stipend program, for players on our tours, if they were to test positive during the week or during competition, and to be able to be eligible for those protocols, we’ve just reconfirmed for our players, you must follow our protocols in order to qualify for the stipend," said Monahan.

So far, 2,757 players, caddies and officials had been tested with seven positive COVID-19 tests during the past three weeks.

WATCH: MATT WALLACE IS FUMING ABOUT THE NEGATIVE COMMENTS HE HAS RECEIVED AFTER PLAYING THE SECOND ROUND OF THE TRAVELERS