WGC Dell Technologies Match Play: Could this ICONIC tournament be on the move?

"It’s a loaded question, but is it an outlandish question?" 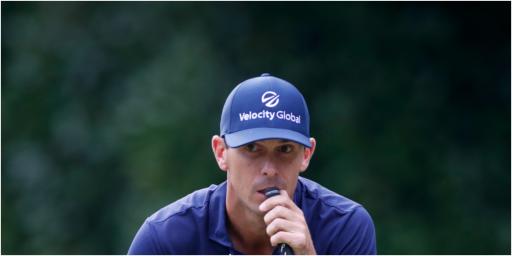 The WGC-Dell Technologies Match Play could be changing locations.

That is the rumour in the golf community about one of the coolest events of the season.

Before it moved to Austin Country Club in Texas, it has been hosted in Arizona and California eight times each as well as Australia once.

But there has been speculation that it could be moving again, and one club is primed to try and host it after a multi-million dollar revamp.

That is the Hills Country Club and their signature course that Jack Nicklaus and his team designed 40 years ago and have reshaped it.

"It's been a great course for 40 years and has served the members and the community well," Nicklaus told Golfweek.

"We are excited to debut some of the recent changes we have made to make sure we meet the desires of the members and players and to help shape maybe another 40 years at the Hills."

Hills Country Club general manager John Woodeshick was asked about the potential of taking the tournament away from where it is currently held at the Austin Country Club.

"It’s a loaded question, but is it an outlandish question?" Woodeshick told the publication.

"When it’s all done, this will be of the caliber to host any kind of event. Probably more of a caliber. The infrastructure is there. If they approach us and have an interest, we’d have an interest."

RELATED: MASTER YOUR BUNKER PLAY WITH THE DOUGHNUT DRILL

There has been no official word about the potential change in venue.

Reportedly, members of the Austin Country Club have become disgruntled about the intrusion of the event.

NOW WATCH: IS THIS THE LONGEST ANYONE HAS TAKEN OVER A SHOT?

wgc dell technologies
match play
Jack Nicklaus
Billy Horschel
patrick reed
scottie scheffler
Previous
Ryder Cup: As the champagne FLOWED, Davis Love III was focused on Presidents Cup
Next
Are you allowed to hit a ball that is WOBBLING in the wind?