Imagine introducing Will Zalatoris like this at a PGA Tour press conference... 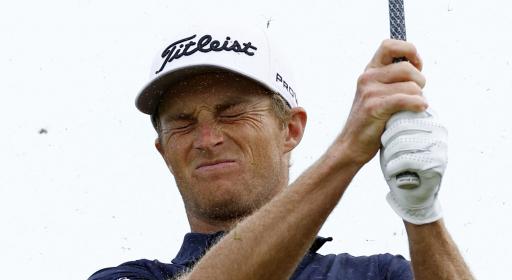 Will Zalatoris might still be searching for his maiden PGA Tour title but it's fair to say he has achieved a lot more than a solo 77th finish at the 2021 Rocket Mortgage Classic.

Unfortunately that was the line that was used to introduce the 25-year-old American to the media in his pre-tournament press conference for this week's Rocket Mortgage Classic, and he did not take too kindly to it.

"Will's making his second start in the event, finishing 77th last year.. so Will, could we get an opening comment on your return to Detroit Golf Club," says the media host.

"Yeah, thanks for the highlight of the 77th," said Zalatoris.

He added: "It's a beautiful place and looking forward to coming back and obviously improving on my 77th last year."

Zalatoris is one of the favourites in the field this week having come so close to shedding his maiden tag on the PGA Tour.

Patrick Cantlay is a warm tournament favourite as he goes in search of his first win of the season, while Tony Finau will be hoping to go back-to-back after picking up his PGA Tour hat-trick at the 3M Open last week.

Cameron Young, like Zalatoris, has also been in fine form of late following his solo second at the 150th Open Championship at St Andrews two weeks ago and the American will be hoping this is the week he lands his first title on the PGA Tour in his rookie season.

Next Page: Golf Betting Tips for the Rocket Mortgage Classic