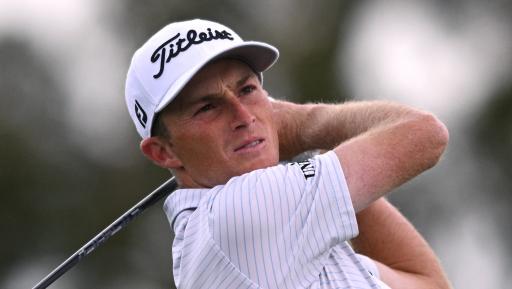 Will Zalatoris can't catch a break on the PGA Tour at the moment as he has been forced out of this week's AT&T Pebble Beach Pro-Am due to a positive Covid test result.

The news comes just two days after he missed a seven-foot putt for birdie on the 72nd hole to win his maiden PGA Tour title at the Farmers Insurance Open on Sunday. Zalatoris was then defeated by compatriot Luke List on the first extra hole.

Will Zalatoris has withdrawn from the AT&T Pebble Beach Pro-Am after testing positive for COVID-19. Zalatoris is replaced in the field by Greg Chalmers.

"I fought like hell all day," said Zalatoris on Sunday night.

"I was kind of more disappointed with what I left out there in the second and third round. I thought today I battled really well. I thought the putt I hit on the 72nd hole, I thought I made it, I just needed a hair more speed.

"I want to go get next week, it’s pretty simple. I’ve got no regrets today at all. Like I said, I thought I battled like hell all day and handled myself really well. I had my chances, for sure, but that’s just the nature of this game.

"It’s hard to win out here, there’s no question about that."

Zalatoris had been installed as the third favourite for this week's famous AT&T Pebble Beach Pro-Am behind tournament favourite Patrick Cantlay and Daniel Berger.

Other players in the field this week include a seemingly resurgent Jason Day, Justin Rose, Cameron Tringale and Maverick McNealy, who all performed well at Torrey Pines last week.