Easy launch and solid forgiveness for the game-improvement player 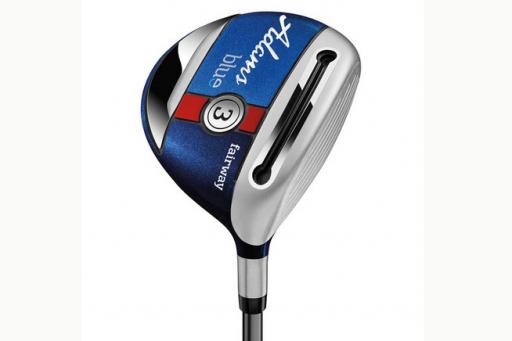 The Adams Blue fairway wood might not be in too many Tour bags this season, but we certainly recommend it is in yours.

It would probably not rank among the longest three woods we have ever tested, but it did prove a touch more punchy than we initially thought.

Its strength, however - like the rest of the Adams Blue family - lies in its forgiveness and ease of launch, which Adams champions through its new "Easy Launch System".

Adams is not bragging about added distance or giving you a head with adjustable gadgets like some of the other brands, it is simply providing the mid-to-high handicap player with a metalwood that will help them improve.

As always with Adams fairway woods, you've got the company's famous Velocity Slot in the sole.

If you are unfamiliar with this, the slot flexes the face at impact to provide you with greater ball speed, whether you've caught it out the middle or out wide. We found that on several squiffy hits, we still lost very little yardage.

Hitting a three wood off the deck is often one of the toughest shots, but the Adams Blue makes life slightly easier with the brand's unique upside-down head profile.

We found the head design allowed us to cut impressively through the turf and get right into the back of the ball.

The low profile also looks great behind the ball, as too the fresh navy blue look to the crown that features an understated Adams logo in the front centre for good alignment.

Off a tee, we received several above-average hits despite the higher than normal launch from the new stock SlimTech shaft, while the sound at impact was a little more "tingy" than we would normally associate with Adams.

Just like the rest of the Adams Blue family, the fairway wood offering provides great forgiveness and ease of launch whether it be 15, 19 and 22-degree loft. At £149, the club seems a fair price given its all-round performance.