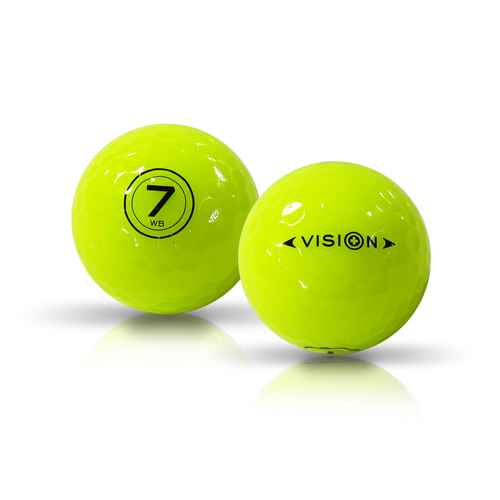 High visibility, durable
Lively on and around the green
Our score:
Overall:
3
YEAR: from 2010

I must admit I'm a bit of a snob when it comes to golf balls, with a preference for the premium brands because I've convinced myself that using what the pros hit must surely enhance my own performance!

And as for coloured golf balls, they must surely only be for those who haven't got a clue where it's going and spend much of their round combing the undergrowth for their wayward shots? Me...I'm a straight hitter and during the last 40 years I've been playing this game you'd never see me in public striking anything other than a white ball - until now perhaps.

Because I've suddenly become quite attached to the concept of this new, yellow ball from Australian golf entrepreneur Wayne Bosley who arranged, via one of his UK distributors - himself one of our forum regulars - to let me have some on trial.

First time out, I was quite impressed and pleasantly surprised, even though I've never been a fan of coloured golf balls and considered them a bit down market, more suited to hackers who couldn't afford to lose many!

However, after initially spotting that Srixon also makes a yellow ball for Tim Clark, using its premium Z-STAR brand, maybe there's something to it other than visibility and durability, especially as the South African is one of the straightest, if not the longest, on the pro circuit.

In terms of distance the Vision X3 UV held its own against Titleist NXT and TaylorMade Penta balls used by my playing partners and was usually spot on in terms of distance control with my longer irons and fairway metals. I didn't , however, feel too comfortable with it on and around the greens and instead of calming me (as yellow Srixon balls are reputed to do), it made me a little nervous. I holed nothing of note and the ball tended to fly a little too keenly off the face when chipping. Of course it could be just me having a bad day!

Certainly the durability of the X3 UV is not in question - hardly a mark on it after 18 holes - and at around £17 per dozen (including postage and packaging), looks excellent value.