The BEST VALUE PUTTER you can buy in 2022? Meet the TaylorMade Spider GT 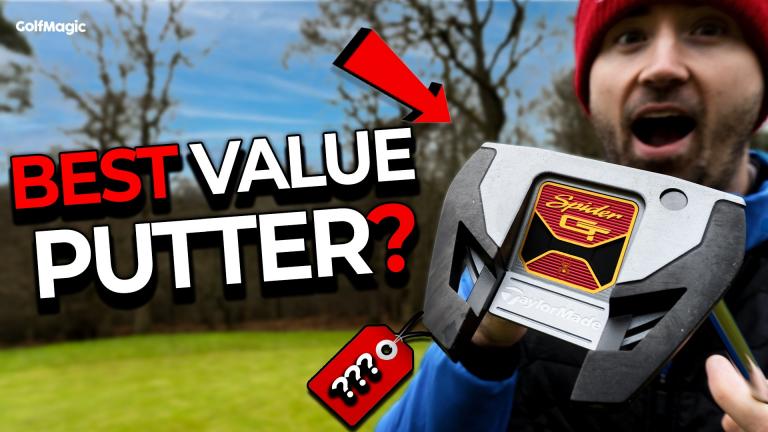 - The distribution of weighting and the insert in the putters increase the feel, forgiveness and quality of the roll.
- The price of these putters may be outside of some people's budgets.
Our score:
Overall:
5
PRICE: £329.00 YEAR: from 2022

TaylorMade have enhanced their popular Spider model even further with the new TaylorMade Spider GT family.

In our latest review, Alex tests the Spider GT and the Spider GT Rollback to compare their performances to previous models and also other brands.

There are four new TaylorMade Spider GT models and they are said to be the most stable and most angular putters that the brand have produced.

The four anodized finishes for Spider GT are silver, black, red and white for the Spider GT women’s model, which also features a three-dot sightline for alignment.

There has been a lot of innovation and development in the Spider family over the years, looking back on the Spider Tour and the Spider EX which were endorsed by players such as Rory McIlroy and Dustin Johnson.

With the TaylorMade Spider GT putters, the weight has been pushed out to the ends of the clubs for higher MOI and more forgiveness.

The Spider GT top plate is crafted from lightweight aluminium for both a premium look and increased durability compared to paint or PVD finishes.

The contemporary design has the Pure Roll² co-moulded insert for improved roll and ball speed consistency. Pure Roll² is a firmer insert, manufactured of black TPU urethane with silver aluminium beams at a 45° angle designed to improve topspin across the face.

Alex comments on how nice the insert feels and how this feature enhances the feel of the putters. The feel and connection on your stroke are significantly better than previous models.

The feedback from the clubface is also very satisfying. Whether you strike your putt out of the heel or the toe, your stroke will be forgiven.

The new TaylorMade Spider GT putters come in a classic design. For £329.00, you will struggle to find a putter of better value.