The best driver you're probably not considering ahead of 2020... 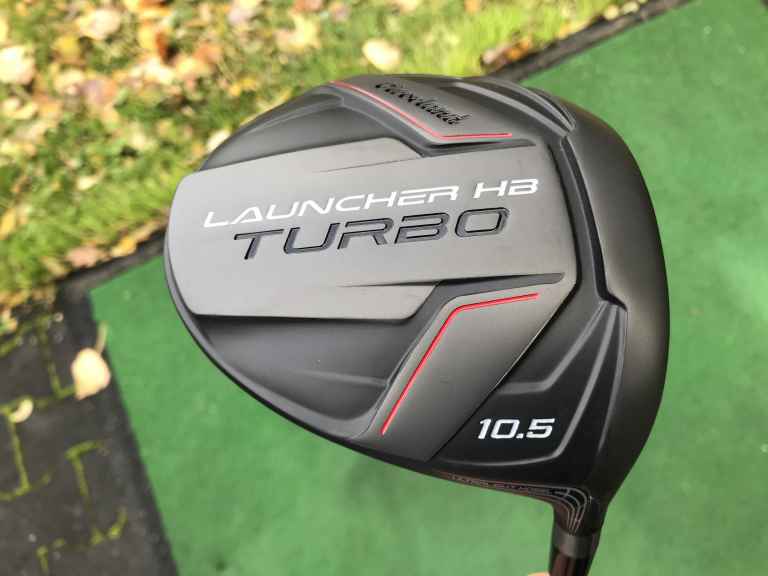 The best new driver you're probably not considering ahead of 2020

Long, straight, looks superb, great alignment on the crown, sounds amazing at impact
Still thinking of one
Our score:
Overall:
5
PRICE: £309.00 YEAR: from 2019

Cleveland Golf might be most famous for its wedges, but the rest of the brand's artillery is making giant waves heading into 2020, especially when it comes to the new Launcher HB Turbo driver.

"Turbocharge your drives with the new Launcher HB Turbo," screams Cleveland Golf off its press release, and it certainly does just that.

For us, the Launcher HB Turbo represents Cleveland's longest driver of all time.

Its new Turbocharged Cup Face is responsible for much of that, enhanced with a new variable face that provides a higher COR (coefficient of restitution) over a larger impact area.

In short, this means increased ball speed and huge distance gains over any previous Cleveland driver before it.

Of the 30 drives we struck with the Cleveland Launcher HB Turbo driver, our carry distance averaged 271 yards with a total distance of 287 yards - an impressive 12-yard gain on the last Cleveland Golf driver we tested back in 2017.

Spin rate was pleasingly down at around the 2500 RPM mark, exactly where we would like to see it.

The sound at impact of this driver is something to behold, too. It offers a real hearty "thwack" sound on centre strikes, and offers great feedback on off-centre hits.

But not only is this driver long, it also excels where forgiveness is concerned.

The accuracy of the Launcher HB Turbo is achieved through the club's redesigned HiBore Crown that lowers the CG (centre of gravity) by more than 2mm, and also the driver's Ultralight Hosel that redistributes weight low and deep in the head.

Of the 30 drives we struck with the Cleveland Launcher HB Turbo driver, our offline dispersion averaged out at 13.2 yards.

Discretionary mass savings in the driver also contribute to significant increases to MOI (moment of inertia), which consequently results in even more speed.

Our ball speed averaged just shy of 160 mph, which is a noteworthy gain on any previous Cleveland driver we've used.

Not only does it look great on the shelf with its understated matte black and smokey grey finish, but its aerodynamic appearance with the nubs on the crown aid terrific alignment on the tee.

You stand over the ball with complete confidence - another big improvement on past Cleveland driver designs.

It also possesses a beautiful feel about it when it comes to the stock shaft offering as the Miyazaki C. Kua's centre of gravity is relocated higher toward the grip, and this ensures additional head mass for increased MOI.

The driver is offered in 9, 10.5 and 12-degree models, and also in a 10.5-degree draw version. We favoured the 10.5-degree model and would put this straight in the bag in a heartbeat.

For us, the best new driver you're probably not considering ahead of 2020.

Without question the longest driver that Cleveland Golf has ever launched, and the most accurate too.

Perhaps a little pricey at £309, but let's be honest, this is still some £100 cheaper than many other brand new premium drivers out there right now.

Going on that, you'd have to say this one offers great value for money when it's hard to knock against its rivals.

We cannot speak highly enough of the new Launcher HB Turbo driver, and we thoroughly recommend you take a closer look at this one if you're in the market for a new driver in 2020.