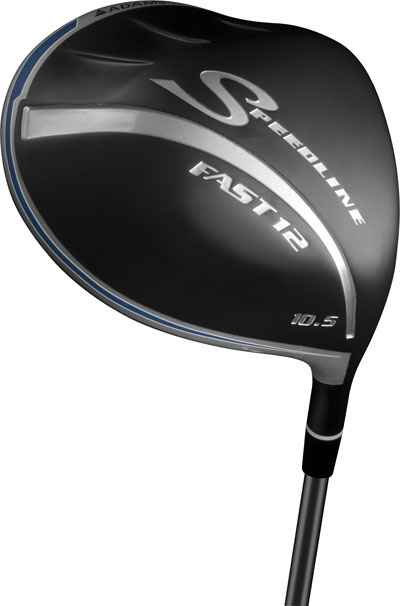 When Adams launched its latest driver, the announcement that the brand had joined forces with TaylorMade-adidas Golf was still at least two months away.

Now, however, it seems that the Speedline Fast 12 driver will still play a frontline role in developing new markets for TMaG with its lightweight AirFoil Design, forgiveness and distinctive silver and black colour scheme.

It's not the white of the R11 and Rocketballz drivers made by TaylorMade but will still have an eye-catching impact on those looking for more distance with less effort.

Weather and time prevented an earlier review of this attractive looking driver but having been sidelined from the course for a couple of months, it was worth the wait. I'd not swung a club even in the range for more than nine weeks but it didn't let me down and I was able to belt the ball unusually straight and not shabby in distance, either.

The head feels light but not uncontrollable and when I offered it to one of my single-figure partners, who uses a stiff shaft in his favoured PING G5 driver, he immediately spanked the Adams 303 yards - albeit slightly down hill and a little wind-assisted. Impressive!

I couldn't compete with that but it was good to get a positive second opinion.

The club-maker, who has Robert Karlsson, Kenny Perry and women's world No.1 on its roster, claims the Fast 12 driver has 14% less drag for an increase of up to 3 mph in clubhead speed while generated a near 10% increase in forgiveness

The silver head looks stylish and aerodynamic. Easy to swing and launch but sadly the weight of the head is detrimental to hitting my favoured 'driver off the deck' with a low-penetrating fade flight.