The Callaway Big Bertha V Series driver is long, beautiful and a pleasure to hit - what's not to love? 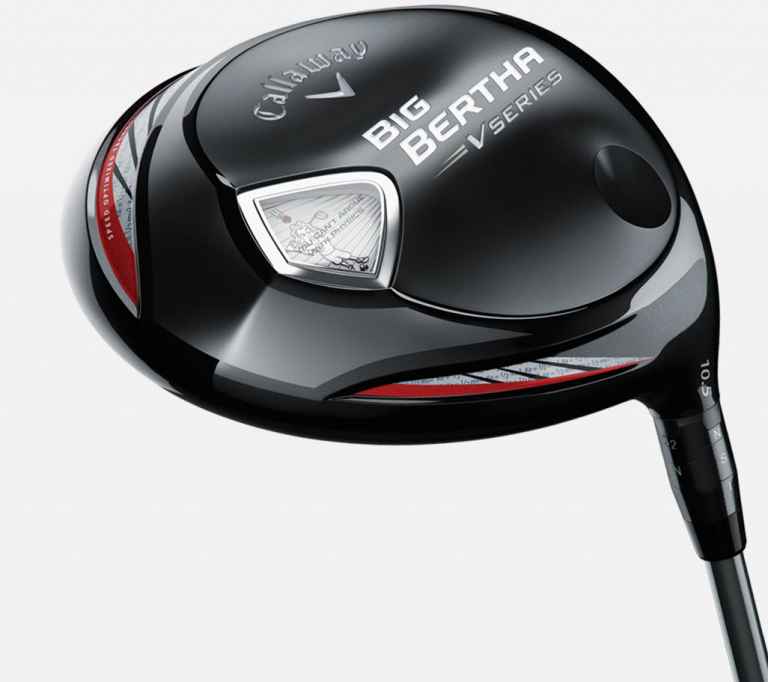 BRINGING back the Big Bertha franchise must have been a daunting prospect for the Callaway team as the original line was immensely popular and the club still harbours an emotional attachment for many players.

Thankfully, the reincarnation of the Big Bertha was a success, primarily because the new drivers performed exceptionally well.

While Callaway's new Big Bertha driver arrived amid much fanfare,  the newest big stick in the line, the V Series, has somewhat slipped under the radar. But as any football fan will tell you, every once in a while those purchases are the ones that perform the best.

The Callaway Big Bertha V Series is a light driver, starting at just 290 grams, which means the club can be swung faster, equalling distance. In order to squeeze out as much clubhead speed as possible, Callaway has employed an aerodynamic design that lowers drag throughout the entire swing.

The weight loss is evident as soon as you pick up the club but you will notice that the driver is well-balanced, allowing players to stay in control through impact.

The Performance Lightweight Premium Shaft took a while to get used to but throughout the swing I never lost the feel of the clubhead, which is impressive considering its weight.

But how does all this translate into actual distance? The Big Bertha V Series is one of the longer drivers out there, and it consistently produces impressive carries. By no means is it the longest driver on the market, but the distance box can be ticked, and as we all know with drivers, that’s imperative.

I assumed feel would be dampened due to the Forged Composite Material Callaway used in the crown to make the driver lighter, but I was pleasantly surprised. At impact there is a solid, weighty feel and a pleasant ‘thwack’ resonates when you get one out of the screws. It has a springy, explosive feel off the face and the penetrating ball flight is what I like to see.

When struck high or low off the face, the driver offers a decent amount of forgiveness and you will not be punished too harshly. Conversely, if you miss to the heel or toe of the club, you’re going to know about it.

The Callaway Big Bertha V Series driver gets top marks in the appearance stakes. The classic contoured sole design is a throwback to Callaway drivers of the early 1990s, but never before has there been a cartoon Isaac Newton housed in the space where a weight would usually live. The marketing campaign for this club is “you can’t argue with physics”, so the charismatic drawing drives home this mantra.

The club has a classic appearance from the top in terms of shape, but the glossy finish may cause some issues with glare on bright days. The simple alignment aid works well and the white marks on the face of the club provide an appealing contrast. Overall, the club oozes class and you will be itching to pull the headcover off.

A combination of eight different loft and lie angles are available so players can tweak the setup to suit their swing.

In the Big Bertha V Series, Callaway has produced a driver which tips its hat to history while embracing new technology. Lightweight and aerodynamic, this driver offers distance and an explosive feel.

To top it off, the Big Bertha V Series looks fantastic thanks to a classy black and white colour scheme and classic shape.

The Callaway Big Bertha V Series driver is long, beautiful and a pleasure to hit - what's not to love?