This high-launching, low spin driver provides heaps of distance while also offering forgiveness. With great feel and an appealing sound also thrown in, it 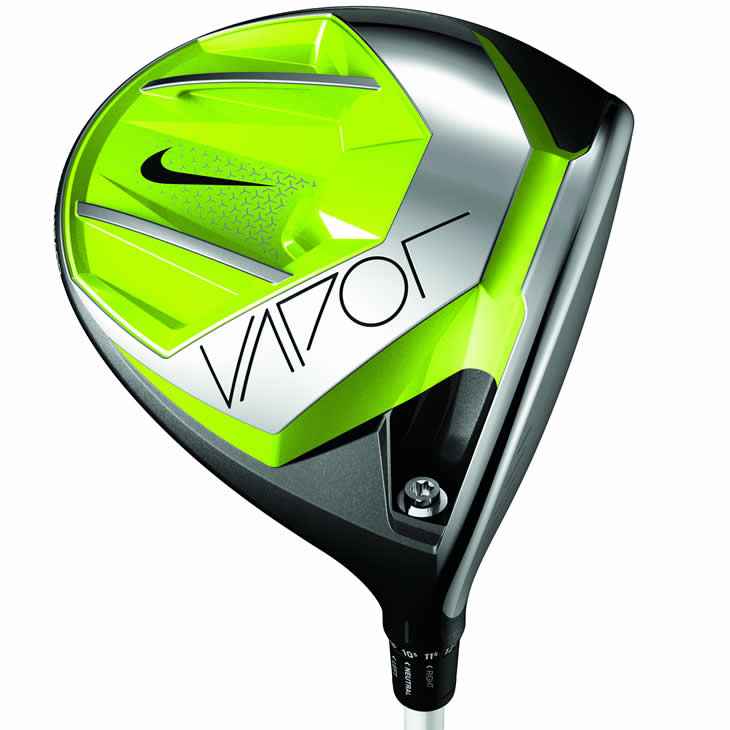 I'VE had the Nike Covert 2.0 in the bag for over a year so when the Swoosh released a new line of drivers, I was intrigued to see how they were going to improve on the fantastic previous offering.

People assume that youngsters bag Nike products because they/we perceive the brand to be ‘cool’ or we want a club that matches our hoody, but that is a lazy and naive viewpoint.

Firstly, Nike products are now being used by players from all generations and most people bag them, including me, because they are superb clubs and across the board they produce some of the best results.

The dinosaurs that perceive Nike as a brand that has infiltrated a market which should be dominated by golf-specific brands only, need to go and hit some Nike clubs – if they can find time between bingo and bowls, that is.

But on to the Vapor Speed. The Covert 2.0 driver and VR Pro Combo irons are two of the best-looking pieces of equipment you will find, but the Vapor Speed doesn’t follow in suit, sadly.

Don’t get the wrong impression, this is not an ugly club – far from it. Looking down on the Vapor Speed I was filled with confidence due to its large profile, the largest in this line of drivers, but the busy shaft and shiny grip were a bit much for my rather plain tastes (notice my all-black outfit...). The crown also has a lot going on and the lightening green is jarring and may put some people off.

Obviously, appearance is a subjective characteristic and I asked a number of players on the range what they thought about the look of the driver, with the majority of players giving it the thumbs up, so maybe it's just me.

While I wasn’t salivating over the appearance of the Vapor Speed, all can be forgiven if it performs well.

The driver feels springy off the face and produces a superb, soft feel which makes it a pleasure to hit. It’s one of those drivers which really lets you know when you have hit one right out of the screws while not producing too much of a shock if you duff one.

The sound is also particularly appealing. A lively ‘thwack’ is produced when striking a ball which won’t turn any heads but will get you some ‘oh, that sounded nice’ from playing partners, even if the ball is heading for the rough.

It’s a naturally high-launching driver, and produces low spin rates which is a recipe for distance. This is achieved through sloping the crown from the face to the back and creating a deeper face, in turn moving the centre of gravity projection towards the centre of the face. It’s one of the longest drivers I’ve hit this year and was giving me around 10 yards extra compared to the average and a couple more compared to my beloved Covert 2.0. It can therefore be placed in the 'long driver' category which is the Holy Grail for big sticks.

The Vapor Speed also makes it feel like you’ve hit it a long way thanks to the FlyBeams added to the Covert Cavity Back which enhances the compression channel, producing a trampoline effect off the face. A lively face which has the ball exploding off it is a joy to use, and this club also falls into this category.

The new technology in conjunction with the cavity back means there is also forgiveness on offer from all over the face. Whether it's from the toe or heel, the springy face and dispersion of weight ensures you will get good purchase from off-centre hits.

Nike has added FlexLoft 2 to this driver which provides three face angles and five lofts which is nothing novel compared to the competition. However, making it five grams (30%) lighter, without compromising function does elevate Nike above its rivals and it's a brilliant piece of design from the boffins in the Oven. This redistribution of mass creates stability which allows for faster swing speeds, increasing distance.

Furthermore, by continuing the FlexLoft franchise, players using Covert drivers who are in love with their shafts can use them in the new head which will save you a bit of shrapnel.

This high-launching, low spin driver provides heaps of distance while also offering forgiveness. With great feel and an appealing sound also thrown in, it’s an impressive driver which will appeal to the mid-to-high handicapper.