An adjustable driver which looks great and offers lots of forgiveness. 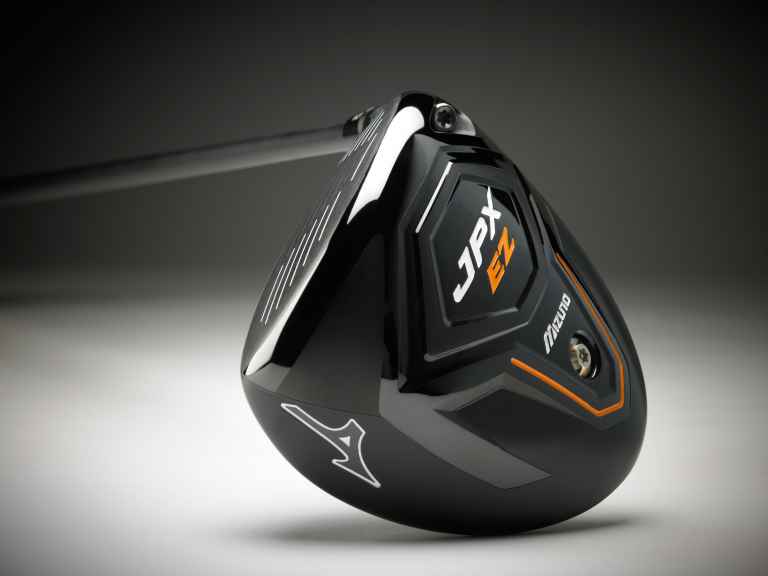 The JPX EZ is a stunning driver. Mizuno has employed a matte finish which gives it a futuristic feel and it’s an uncluttered, elegant looking big stick.

An intricate orange design is on display on the shaft and on the sole and the white lines on the face produce a striking contrast.

The shape of the JPX EZ leans towards traditional but the profile is slightly more rounded than one would expected from Mizuno. It’s one of those clubs which sits beautifully behind the ball and begs to be struck.

The JPX EZ Driver is the first adjustable big stick from Mizuno. Users can change the angle and loft with ease which will suit those who like to play around with their setup.

When I hit the driver, the first thing I noticed was that it produces a superb, penetrating ball flight, especially for a driver which is aimed at the middle handicapper.

It also gives a springy feel and it produces quite a sound when you hit it out the middle.

The most impressive feature is the club’s forgiving nature. When struck off-centre, the ball still traveled almost as far as when I hit it right out the screws.

In distance stakes, it was achieving around the middle of the pack. In terms of workability it was a bit of an effort but that’s to be expected from a driver which such forgiveness.

An adjustable driver which looks great and offers lots of forgiveness. Provides a springy feel and decent length.