These irons look great, they 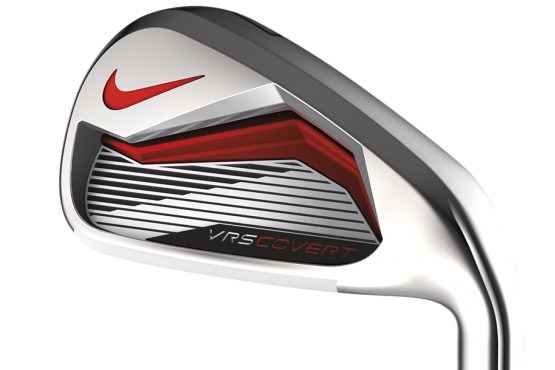 MANY golfers are dubious about game improvement irons. They don’t like how they look, they think they feel horrible, they think they don’t allow them to manipulate the ball enough. Rest assured, these lot are what we in the trade like to call ‘golf posers’.

They are the ones with all the gear and no idea. The ones who tell everyone else what’s wrong with their game even though they posses a swing which sends shivers down your spine. The ones who blame the course or their clubs when they play badly. The ones who insist a child should leave the course because one of their socks is a darker shade of grey than the other (as you may be able to tell, I’m still bitter about this one).

This lot wouldn’t been seen dead with a game improvement iron and they certainly wouldn’t suggest someone else should buy it.

But the new game improvers from Nike were out to silence the haters. They promised a good-looking iron which performed well. Was this going to be the iron that would make the posers eat their words?

When I heard Nike had upgraded its successful VR_S Covert range I was excited to see how the sports giant could improve the successful line of clubs. When the mail room told me the clubs had been delivered, I was out the office faster than you could say Caroline Wozniacki.

For game improvement clubs, these look great. They have a fat sole, which is to be expected, but the topline is relatively thin which means the club is nice to look down at.

They look great from the back, or dangling in your bag, as the red Nike tick and cavity stand out, but not in a garish way, giving the club a classy, but not boring, appearance.

For many, including myself, the appearance of their irons is important as it dictates how confident you are as you stand over a shot. Everyone has their own style but I think these irons will be to the taste of the masses. Behind the ball, you hardly see the cavity and you would be forgiven for not knowing that you were about to strike a game improvement iron.

The most impressive feature is the club's feel. A soft, almost forged-like feel is sent back through the shaft and you can really tell when you’ve struck one properly. The club does not feel dead or chunky like so many game improvers do – in terms of feel this club is top of the class and has a board full of gold stars.

Distance-wise, the club also excels. It was travelling 2-5 yards further than other game improvement irons which many will find particularly appealing – after all, who doesn’t want more distance?

I tried striking it from all parts of the face and, as you would expect, a huge amount of forgiveness is on offer. When struck poorly, the ball will still get airborne and will travel a reasonable distance – you also won’t get those shocking vibrations sent back from the clubhead.

All in all, I don’t care if the posers don’t bag these clubs (and I’m sure they won’t) because they are the only ones missing out and they'll be made to look like fools when their pals wipe the floor with them with their new game improvement irons

If you’re a mid-to-high handicapper and want an iron which performs great, offers a load of forgiveness and looks nice then these are for you.

A game improvement iron which blows plenty of its competition out of the water. These irons look great, they ‘re long and offer a nice feel as well as offering all the forgiveness a high handicapper will need.